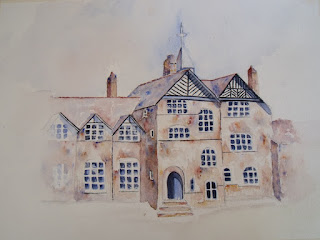 This was done as a commission for some very dear friends. They asked me about it ages ago and so I tried... I really tried and it was hopeless..... thought I would never manage so put it away for a couple of years!!!

The school was founded in 1566 and the current site for the building was constructed in 1882 and  has been added to extensively since then. In those days there were less than 100 students, around 500 when I was there and there are now I believe over 2000 students, but the front of the school remains as it was built as you see here, and there is also a beautiful chapel just to the right where the all the students used to attend services.... too many students for that now, I suspect. 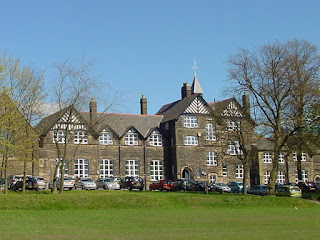 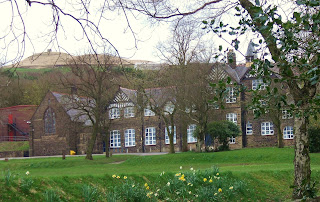 Anyway, enough of that back to how the painting came to be...... we were due to visit these friends for dinner and I decided I really had to have another go, attacked it differently this time and took away all the foliage and greenery. There is a huge pitch at the front where they used to hold athletics meetings and cricket matches and in the winter there were two hockey pitches. The buildings are surrounded by woods and country paths and sits on the edge of the Pennines.  There is a view of Rivington Pike to the back of the school and in some of my earlier attempts that was the view I chose. Too much information and didn't concentrate enough on the school which after all was what they wanted, so I cut everything back zoomed in on the school and did this vignette approach which I think worked better.

Posted by Judith Farnworth Art at 15:04