Before I start on this I just want you all to check out Artist Kim. The link is to her facebook photos page, I think you will be blown away by her work which is simply exquisite!! She is a sculptress, is in the process of mastering watercolour and has some of the most wonderful drawings I have seen anywhere!! I know I go on about art being a skill and not a talent but Kim may be the exception!!

You can therefore imagine my surprise when she actually asked me to do a painting of her lovely little Lhasa Apso.... Kim has been a very generous supporter of my work over the last couple of years and seems to like the way I paint and we have had one or two discussions about her own journey in watercolour and although I know she is very rarely satisfied in anything she does her work looks prtty damn good to me!!

I think Kim had seen the portrait I did of Holly and thought as her dog was similar I might be able to do something for her.... I like to do commissions but am always anxious until the customer has seen the finished piece and this was my second go at BooBoo. I usually do a very sketchy version where I am working on the colours trying to get a feel for what looks right and as he is a boy decided on this "cool" palette with touches of pinks and browns thrown in. I usually just find my way around a painting like this....not always knowing quite where to go and almost trial and error seeing what works....... I do like to paint rough haired dogs, I think they suit my style. So here is the finished piece which will be on it's way to America next week and I would like to thank Kim for her faith in me!! 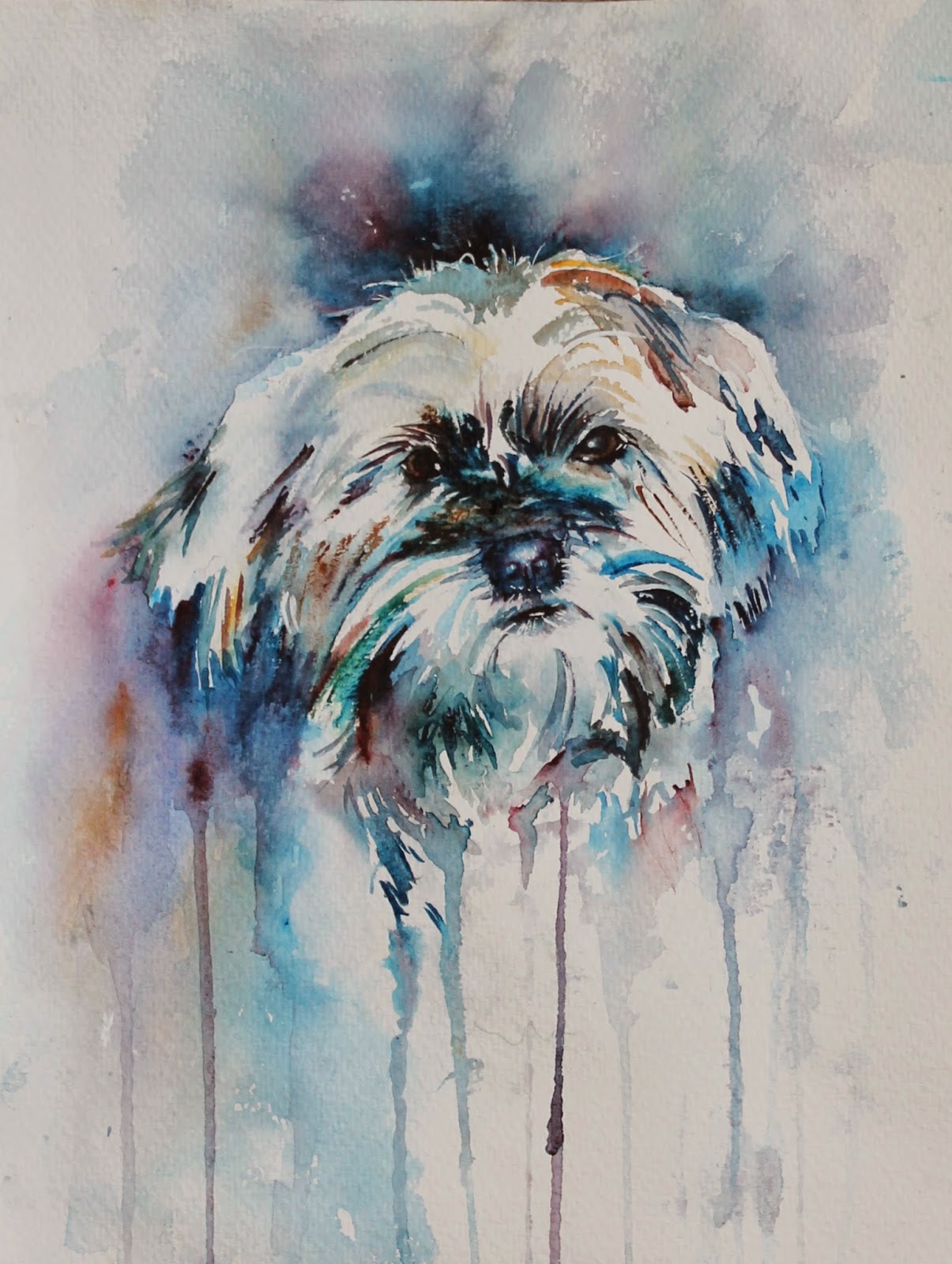 I have a few of these images to paint all from Alex Lee Johnson. Again only a resemblance not a full portrait study but I do rather like this one.. I was painting it alongside the eagle last night so have just finished it... can't tell you for sure all the colours I've used as I have stepped outside my usual limit or 4 or 5.. think it is something like this

I didn't do a planet exercise for this.. it was one of those where I didn't always know what my brush was doing!! I might tweak this when I look at it again in the morning or I may feel it is finished....decisions, decisions!! 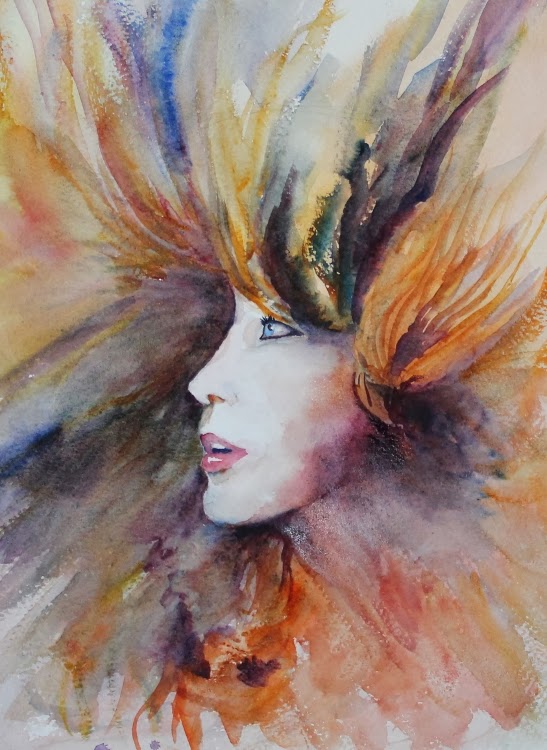 Sharon Whitley runs a facebook challenge each month and this month her choice was a fabulous photo from Gary Jones which I fancied having a go at.. as always I can see areas I might have done differently but I was going for drama and almost scary with this one as the image is extremely imposing!! Limited palette again 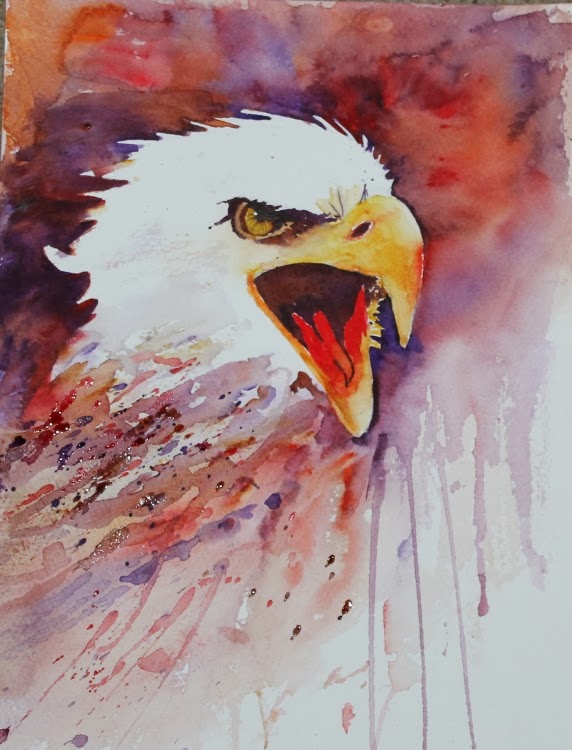 There is a photographer on Paint my Photo called Alex Lee Johnson whose work is just fantastic and  I have one or two images of his on my to do list.

This started out as a play to see if I could get some of the soft focus effects he has in his photos as I love them both in photos and paintings. As usual I didn't spend much time on the drawing so the likeness to the original image is ok though not spot on but that wasn't the aim of this piece and I am still pleased with the effect overall.

Alex has some wonderful creative ideas and anyone who has any doubt as to whether photography is art need look no further... his photos are moody, unusual and so attractive they have really inspired me! I enjoy painting portraits and his photos are a treat to use!! In this one I really liked the intense contrast of light and dark, something I am always drawn to.....interestingly I do usually alter images quite a lot, cropping, using alternative palettes but quite honestly Alex's images lend themselves to a loose watercolour treatment and I couldn't resist it as it is!!

I have used a limited palette for this 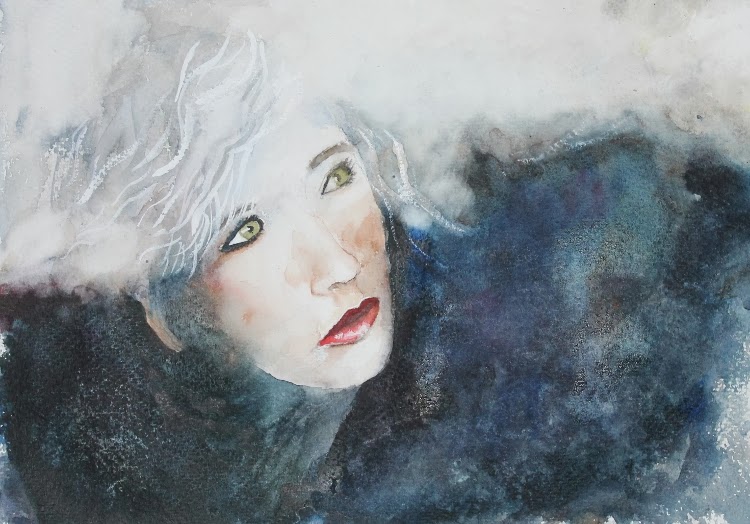 I may have another go at this and take a bit more care with the drawing as the girl in the original is so beautiful.... but as I mentioned I am really quite pleased with the end result as a painting and not bothered about that aspect of it.
Posted by Judith Farnworth Art at 09:32 10 comments: 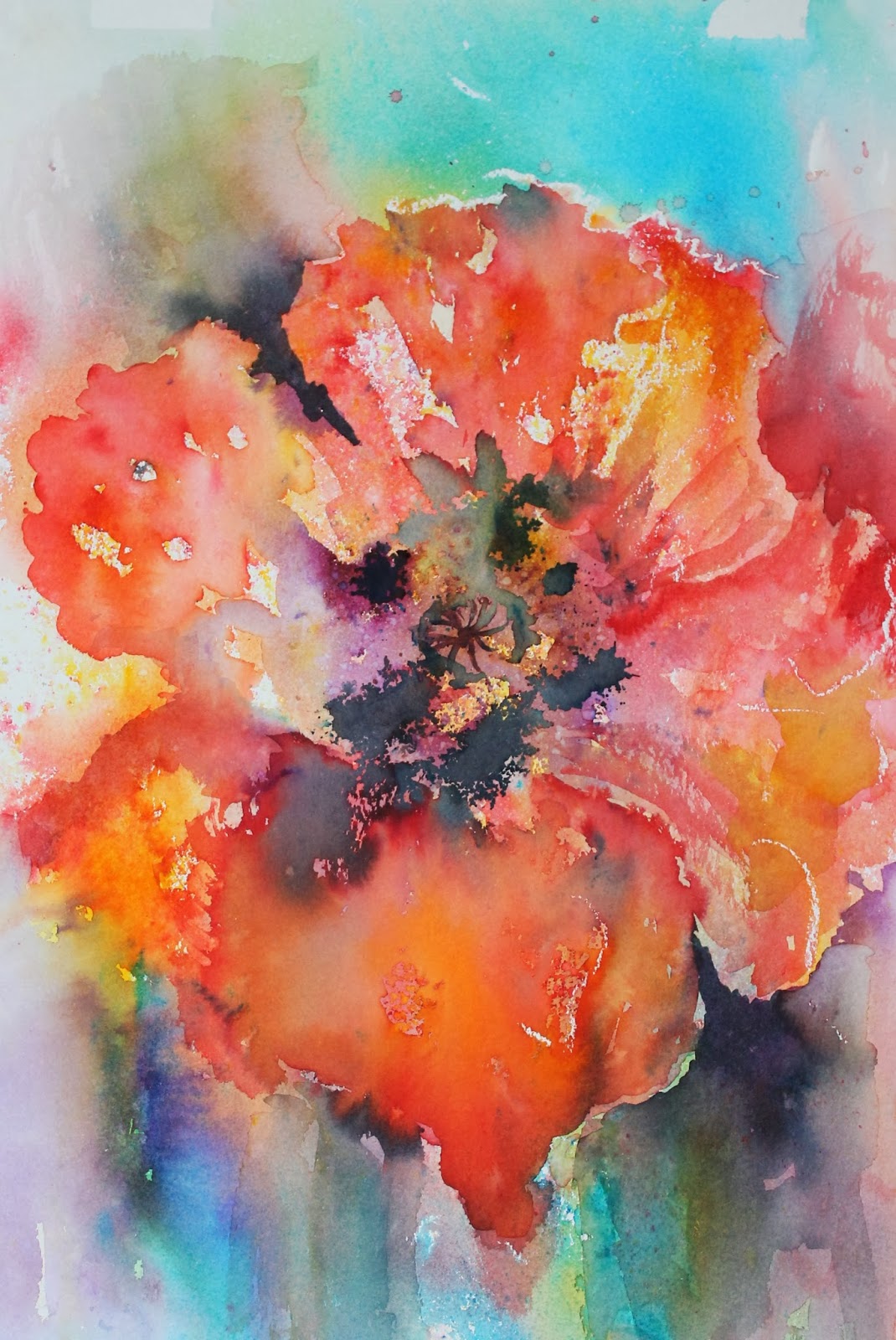 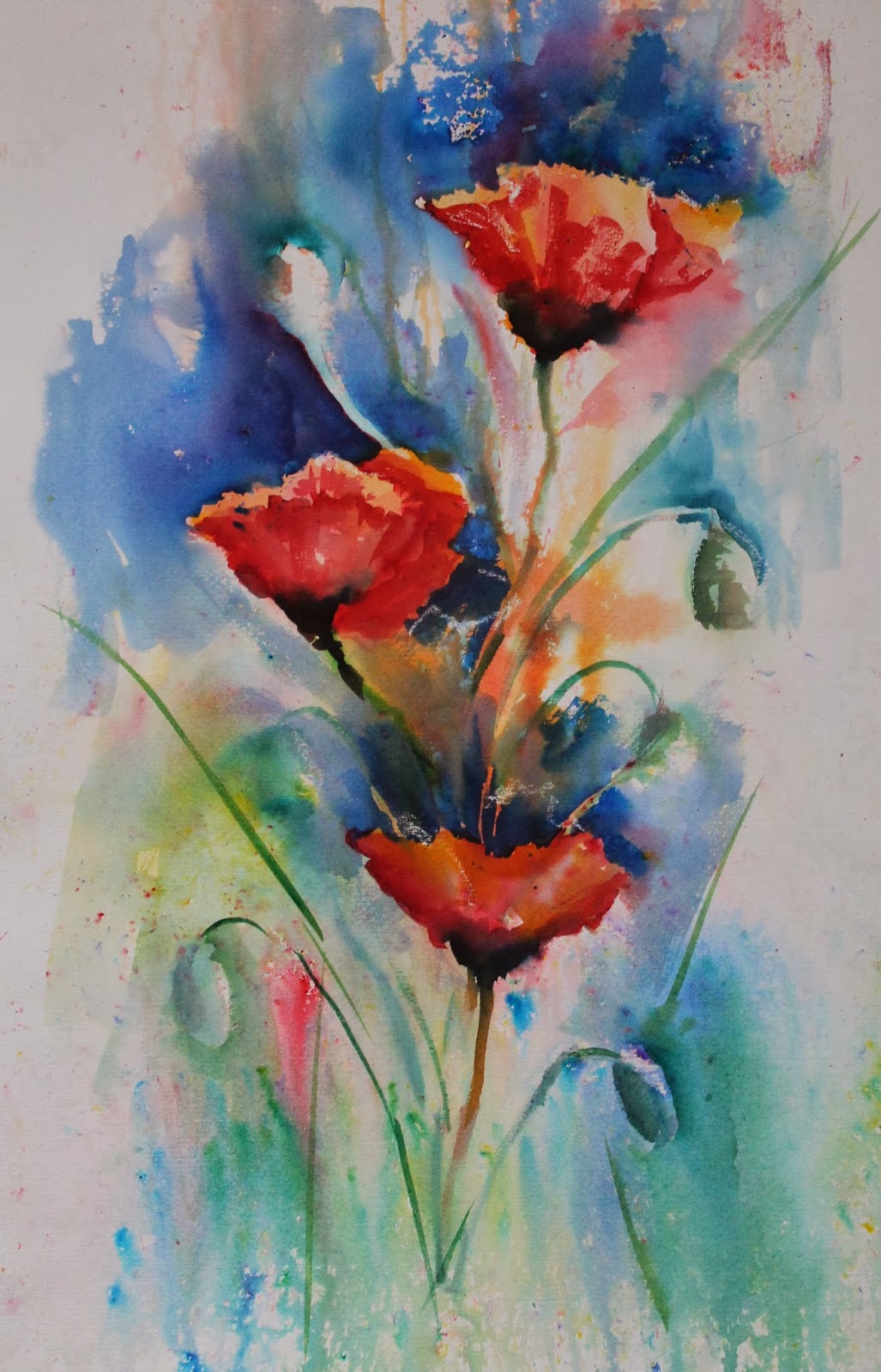 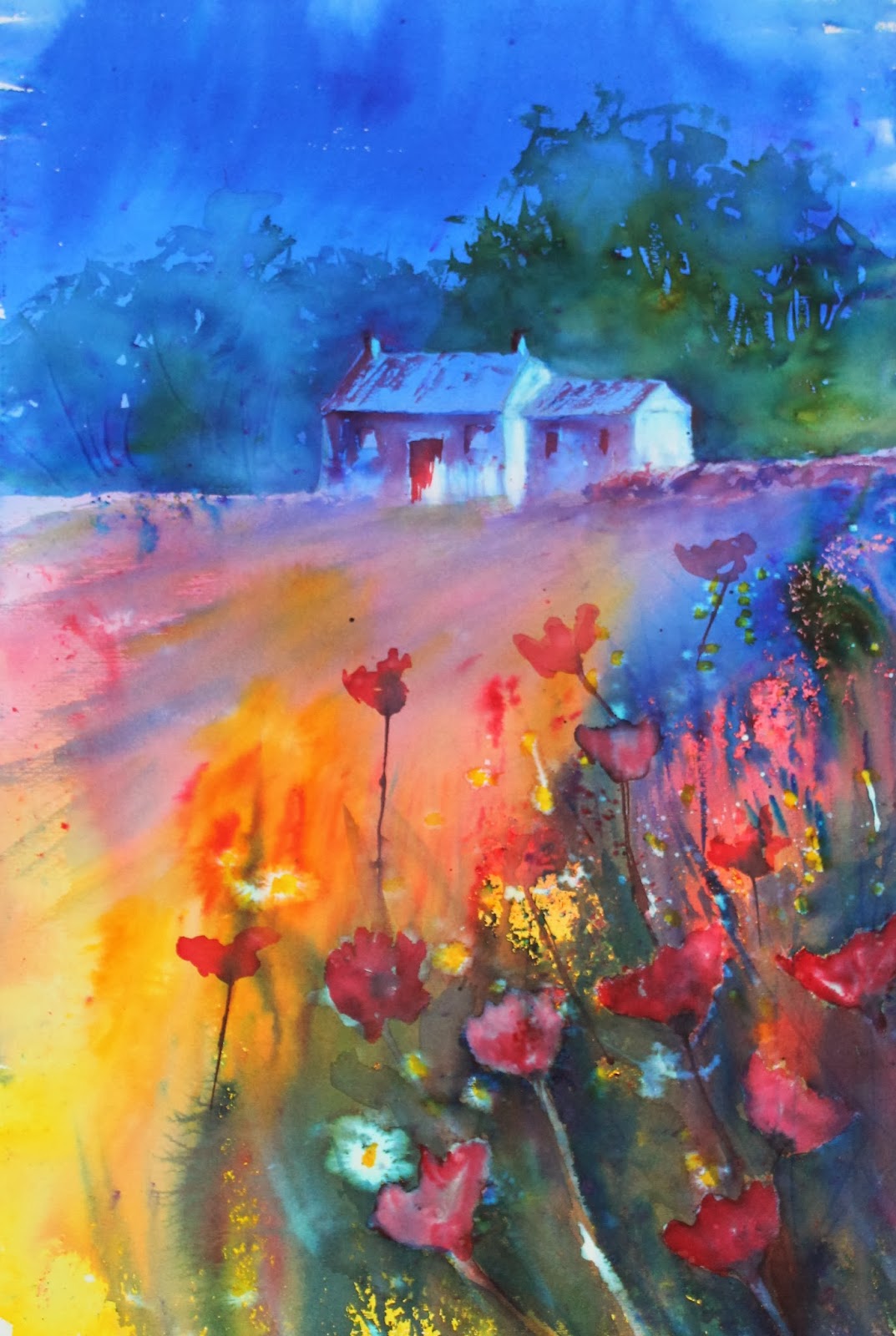 Anyone who might be interested in buying the DVD and E-book which will answer all your questions can purchase it here
Posted by Judith Farnworth Art at 02:15 8 comments: