Well we did it!! The first of our joint workshops, held in St Helens to a merry band of artists.. 31 in total and a great time had by all!!

Both Joanne Boon Thomas and myself had been invited by Paint Pots art group to run a Brusho workshop... they had been awarded a grant and one of the conditions was that a new medium was introduced... so of course, Brusho was perfect!!

I must admit to having been a teeny bit nervous sharing the workshop with our very own "Brusho Queen" but once I started and realised they hadn't all gone to Joanne's table and I actually did have some people watching me I relaxed and concentrated on what I needed to be telling them which to be fair is everything Joanne has shared with me... so I showed some techniques and methods and then we did a painting of some fur trees which tied in nicely with the trees Joanne was demonstrating.

The club provided a fabulous lunch and when we resumed fully fed and watered, we swapped groups and I did a holly and berry painting which seemed to go down well. Joanne did a poppy (as only she can) and I have to say the whole thing went down a storm, thank goodness, with lots of positive feedback and comments ... here are a few pics of the event... 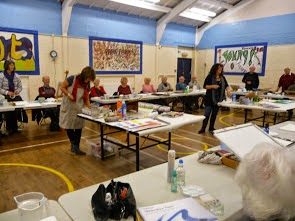 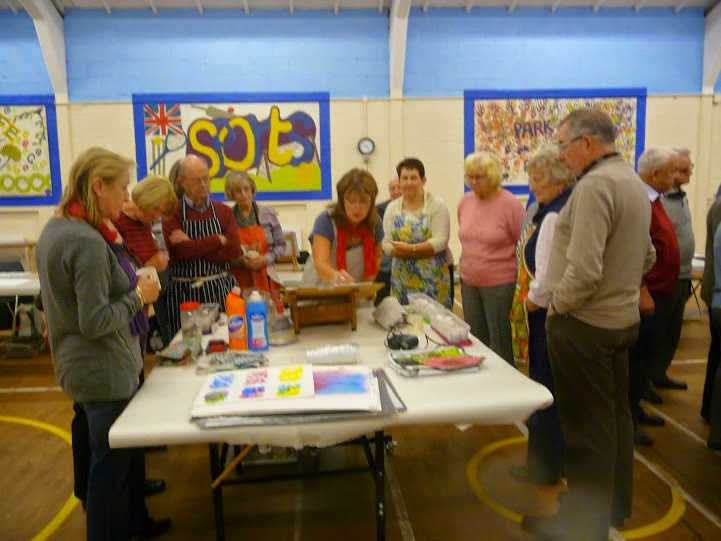 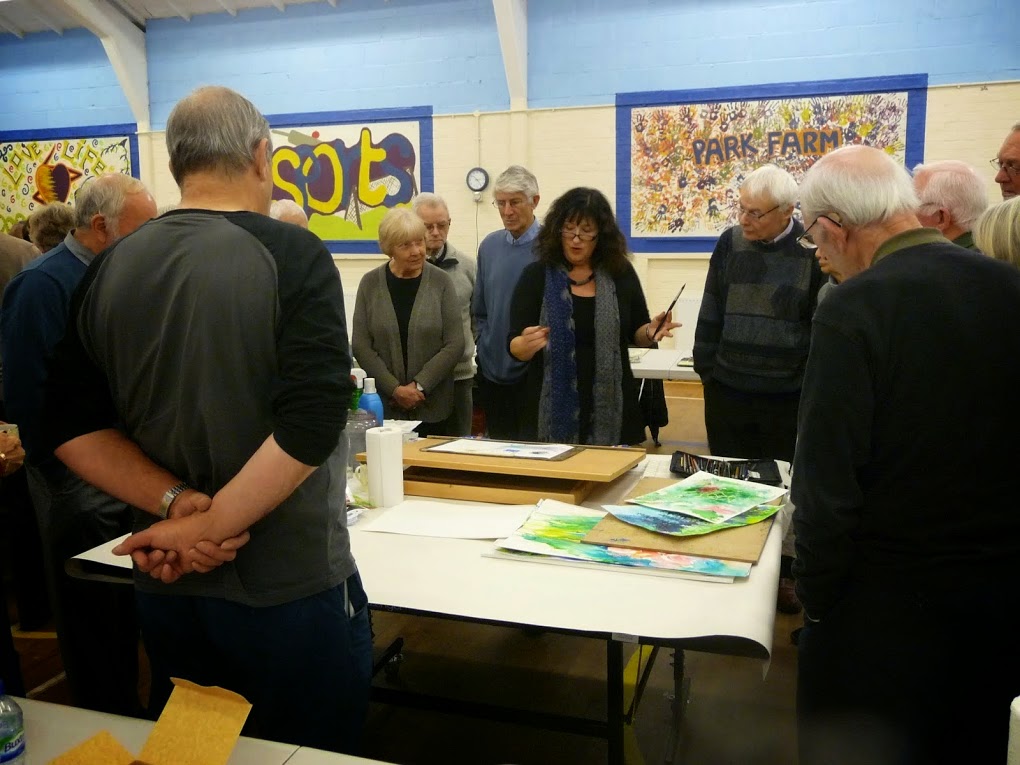 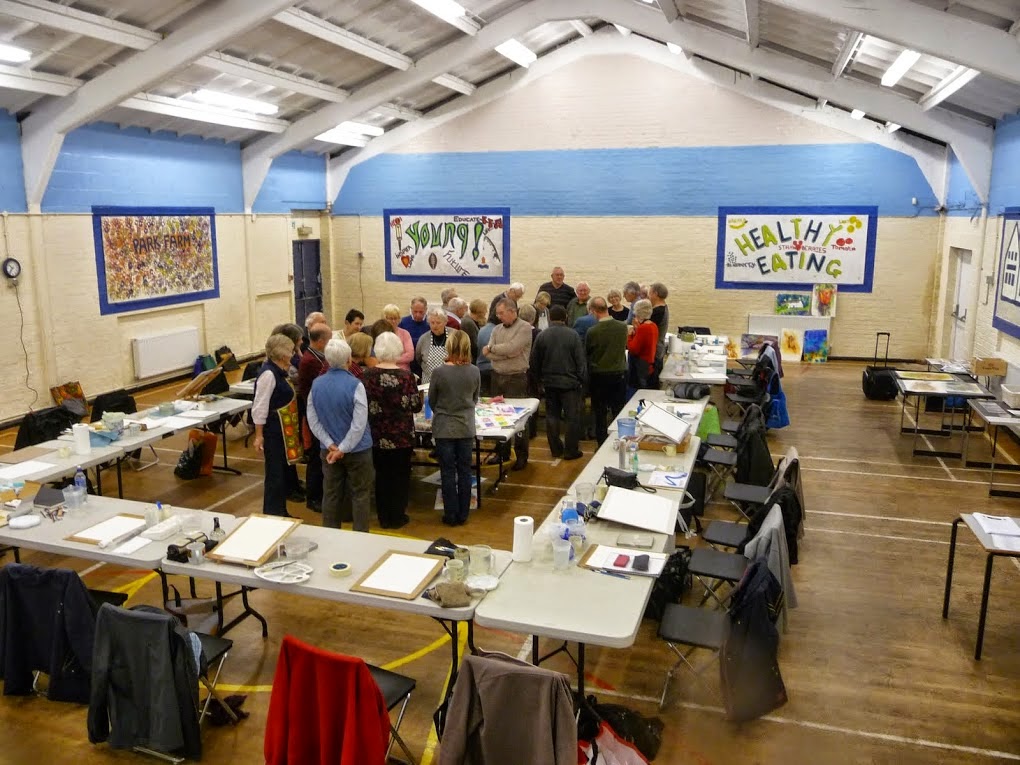 One of Joannes' demos 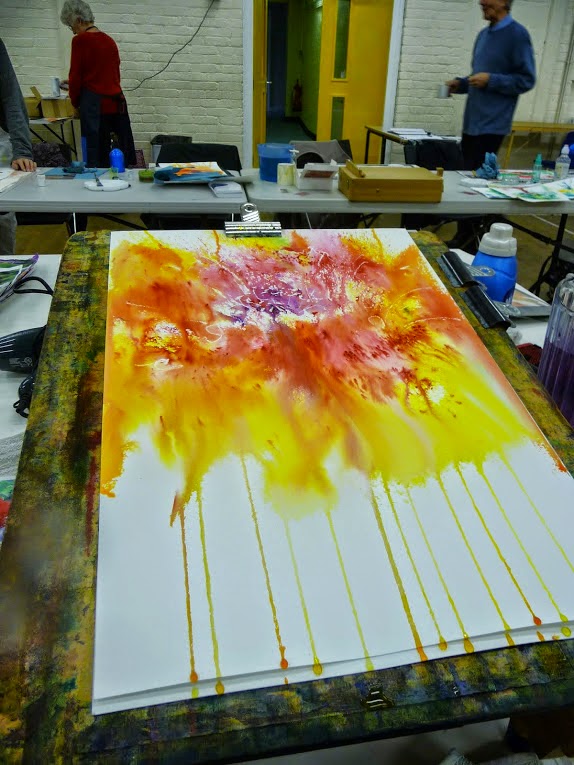 One of my demos 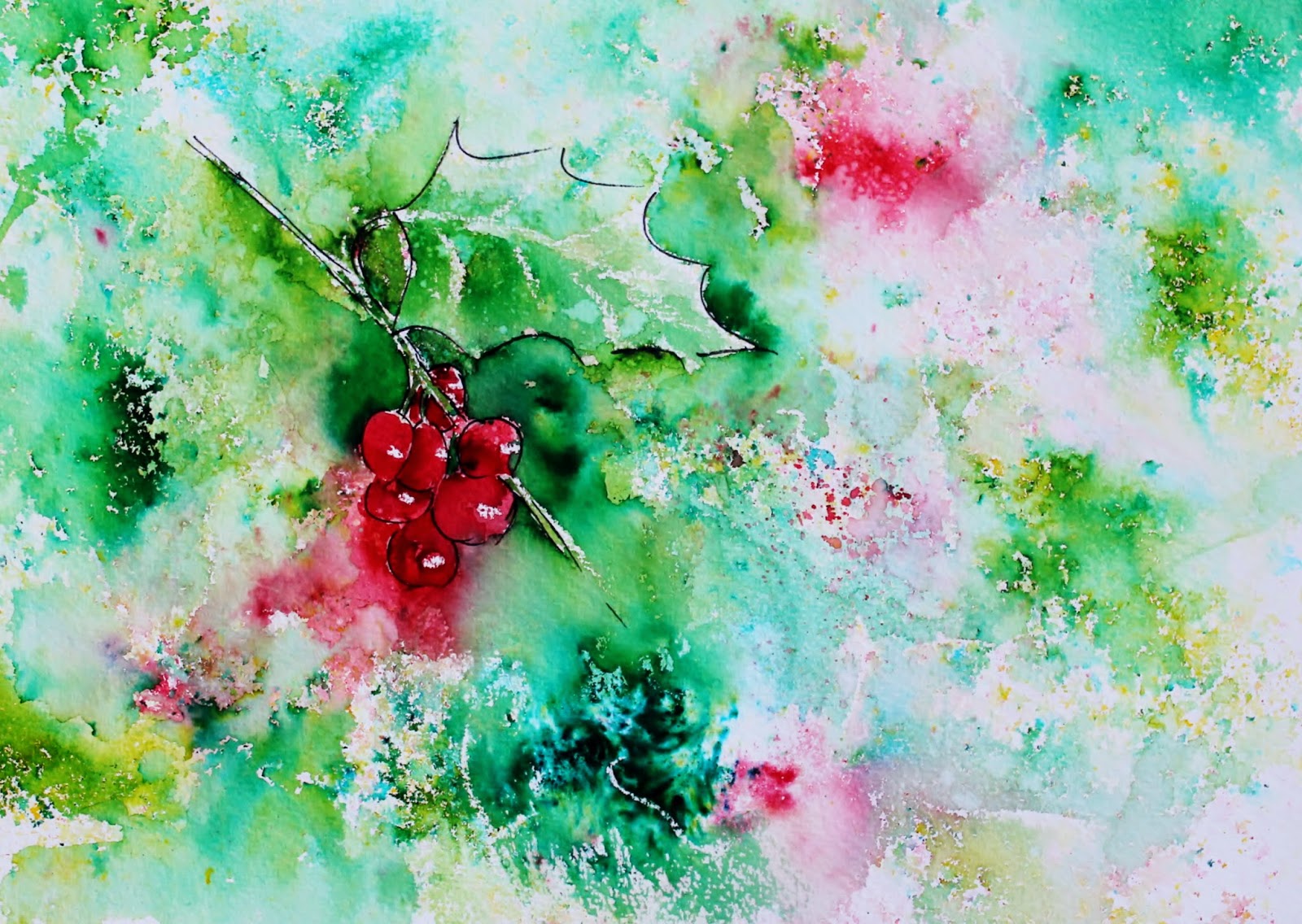 A selection from the group 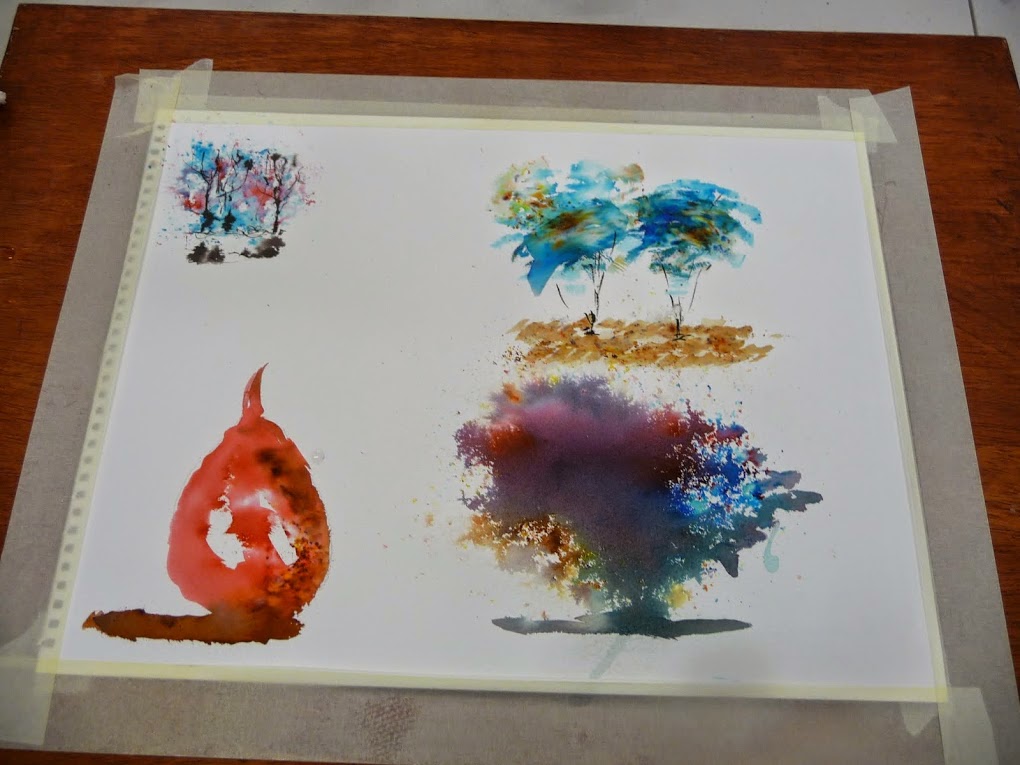 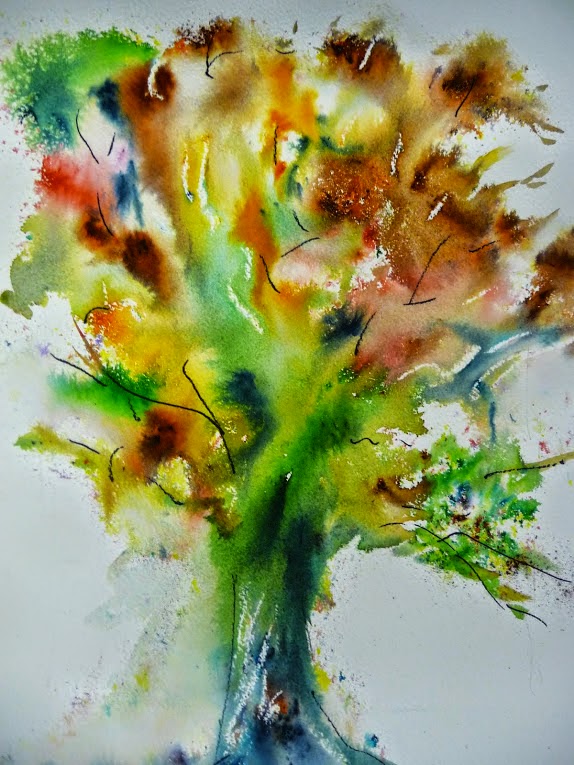 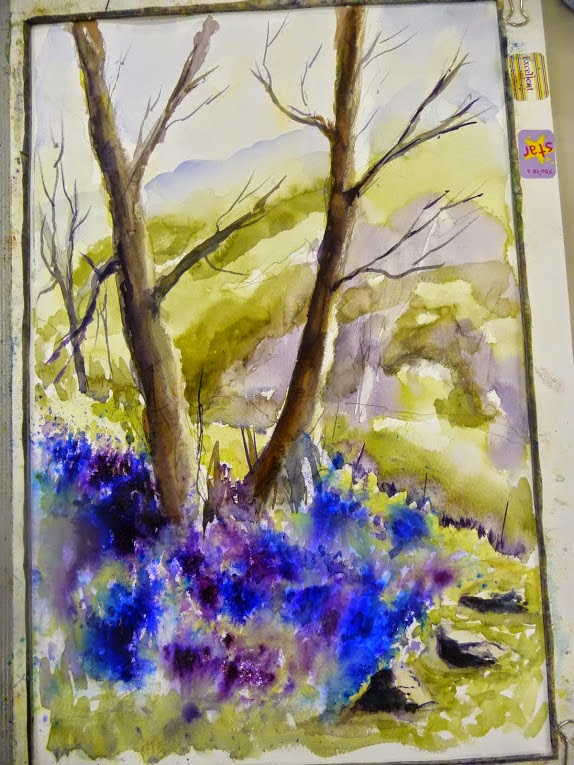 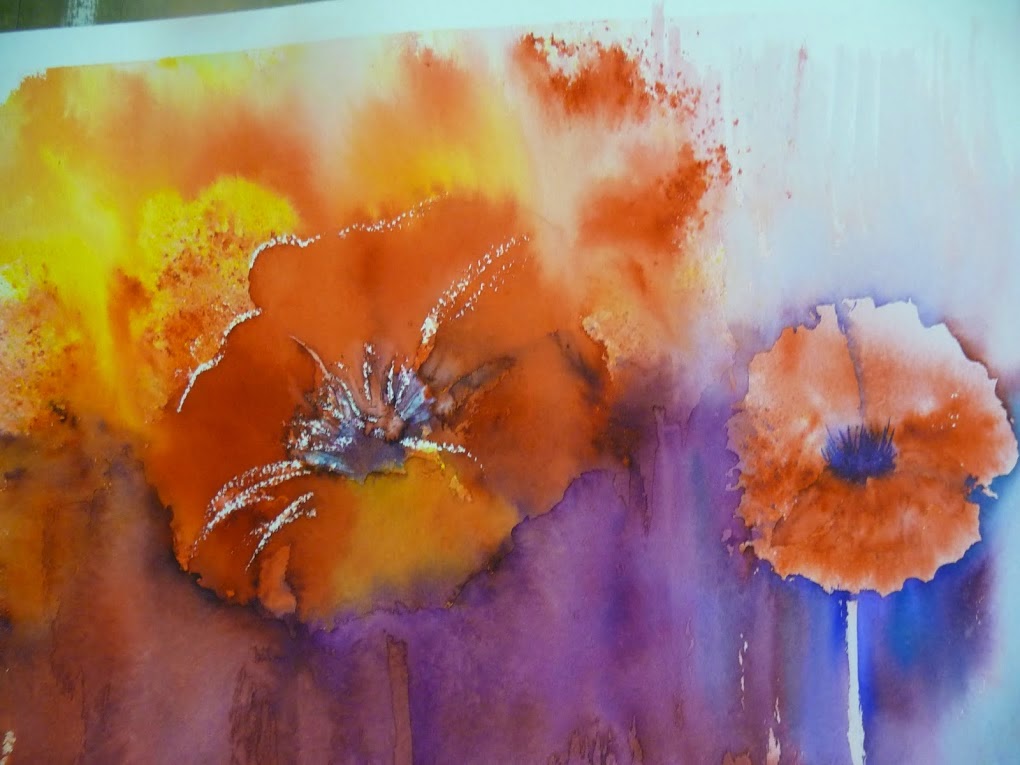 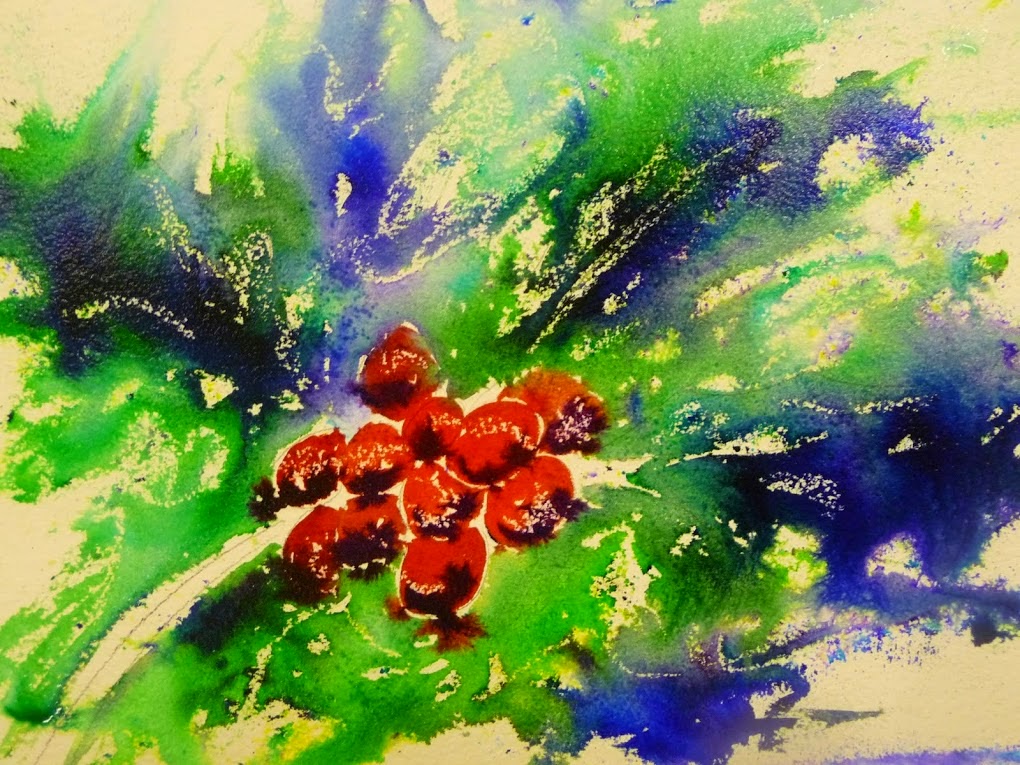 A really good day with lots of Brusho converts... Joanne sold all the Brusho sets she had brought and still needed more!! Anyone who is interested in learning more about Brusho, here is a link to

where you can buy Joanne's DVD and e-book

and here is a link to the review I did when I was lucky enough to get my hands on both!!