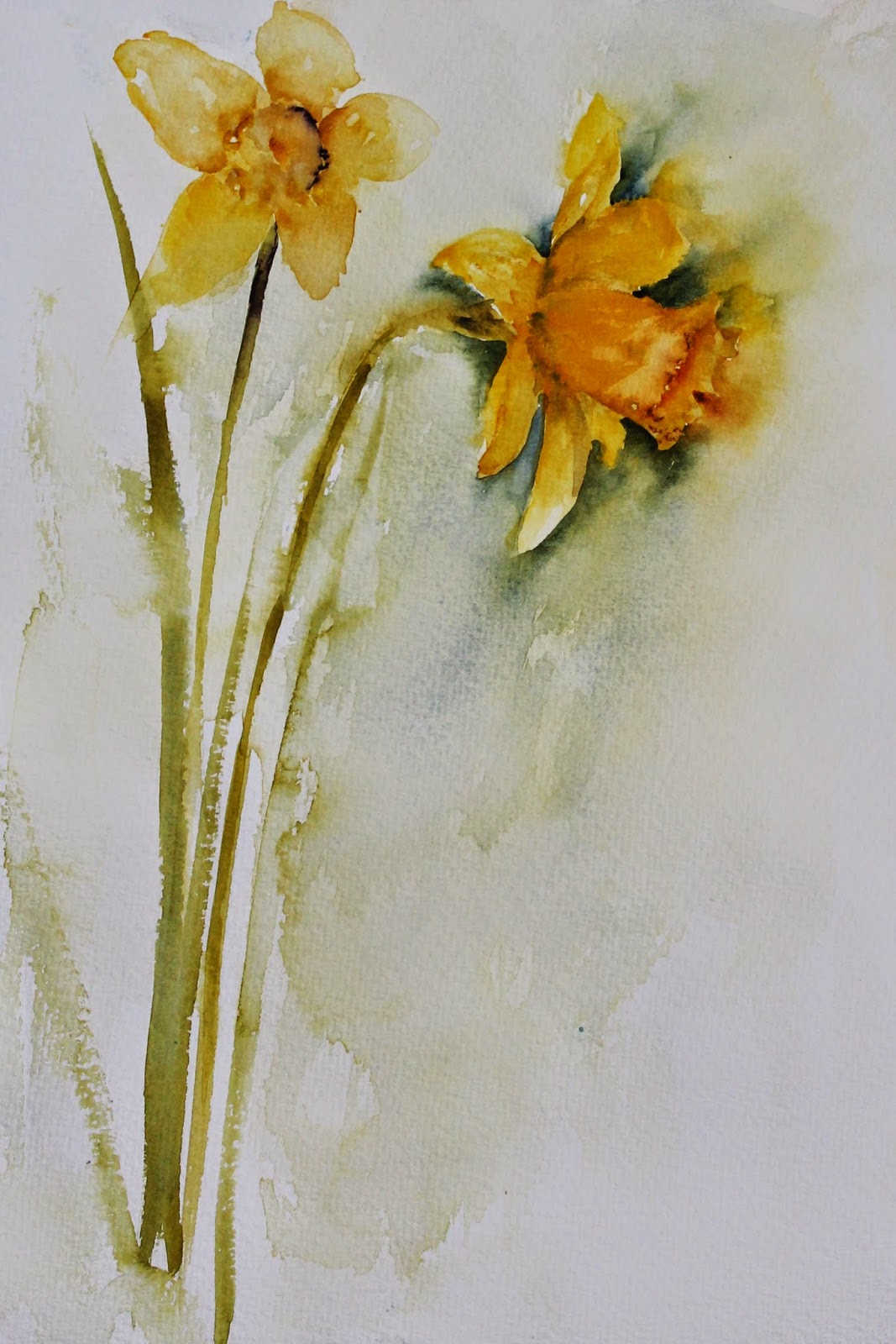 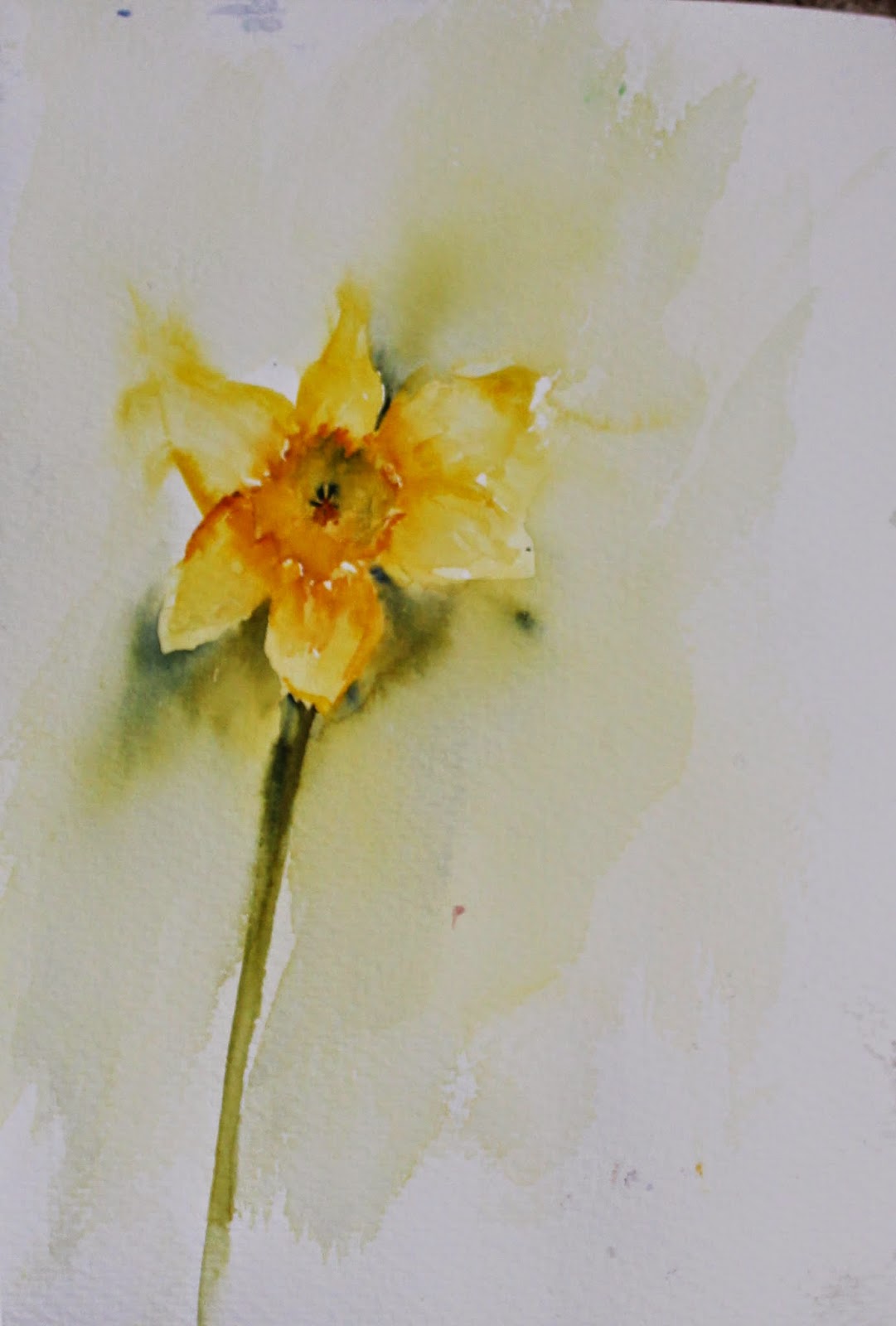 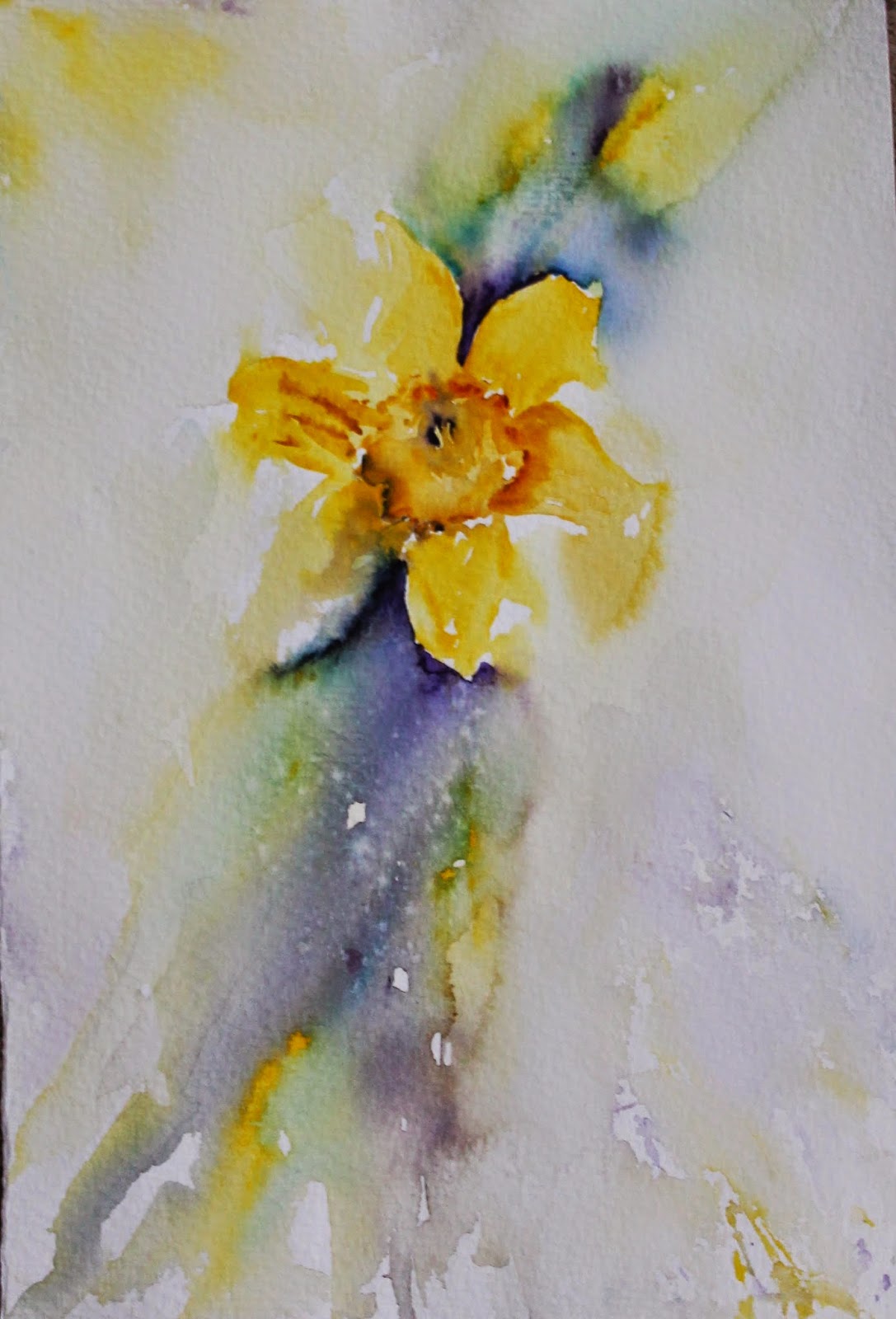 Working from my own Photos!!

I have been using my new camera more and more as we walk in the Pennines and am finally getting a few images together that I am inclined to paint and who knows what will happen now I have my new lens!! This is a photo of the Pigeon Tower in Rivington, built on the edge of the Japanese Gardens where Lord Leverhulme had his estate..

This is an interesting one..... it was a snowy scene but hasn't turned out like that....oooops!! But it is a landscape and one which I am not too unhappy with, well if you take the people out!! Trouble was I didn't draw anything and the tower became decidedly wonky and I kept painting over the people, so next time, there will be a teeny bit of sketching!! 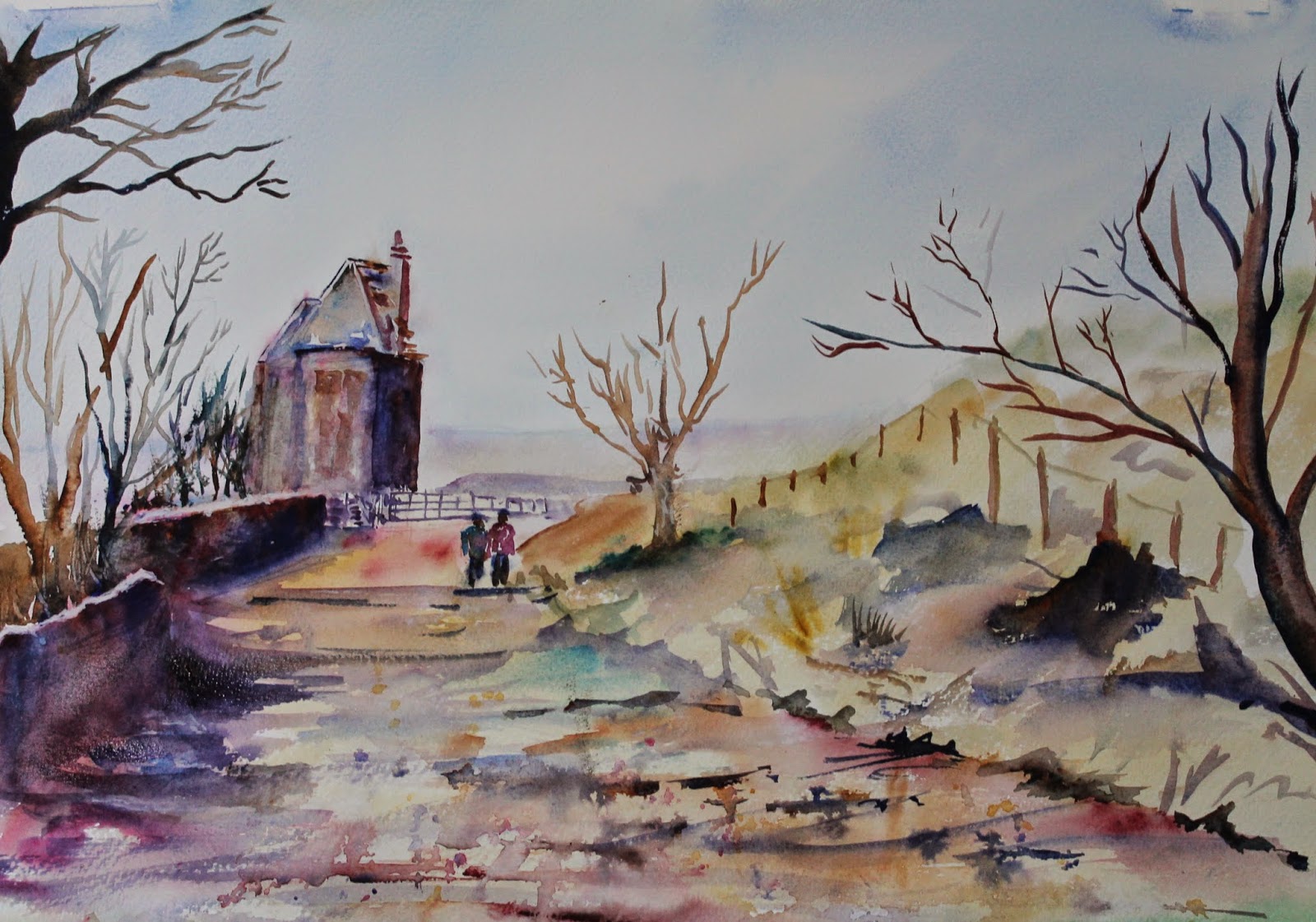 Building is a bit overworked but had to correct the lean!! Anyway this is showing promise so I will work on it again. Quite big too, done on 140lb extra rough half imperial Bockingford, might even be tempted to go full imperial next time... trouble is frames are just so expensive for that size and often people don't have space to put them.

I have just returned from 6 days in the alps having been given an offer we couldn't refuse... an invite to stay in a chalet in the beautiful alpine resort of Megeve.

We got really cheap flight flights to Geneva and arrived during the evening to a lovely well equipped  chalet...... sauna, games room, use of car you name it we had it!!!

As an aside my brother in law John Robinson had called the day before we left to drop off one of his mega lenses for me to have on "permanent loan" and when I said I didn't think I would take it he assured me he had brought it for me specifically to take to the alps and am so glad I did!!

The first day was just stunning and having had one ski holiday previously I was tempted to have another go but thought I would perhaps leave it for a couple of days... big mistake as after the first day the weather turned and we didn't see the sun again until the final morning!! As I am a novice skier I did feel I needed to be able to see where I was going rather than get lost in the clouds and snow!!

My husband hasn't skied and as you may remember had a hip replacement 2 years ago so he was never going to attempt it but we had hoped to do a bit of walking which was also difficult as the snow was so deep in parts and not really conducive to walking. As it had snowed so much, the piste bashers hadn't been around and we were knee high in snow at times so mind and spirit willing, bodies definitely failing!! But we did get lift passes and found our way up and down the mountains in the snow and clouds, enjoying savoury crepes, hot chocolate, cakes and pastries along the way.....

The apres ski was of course to die for and the first gin and tonic barely touched the sides slithering down far too easily ... we had wonderful food , beef wellington, confit of duck, lamb, pates, fish, cheeses, french breads and beautiful wines so the weather didn't matter too much!! I did take my paints and sketched a couple of mountains not exactly en plein air as I was inside the chalet, log fire blasting away but painting from the view in front of me... that counts doesn't it?

We spent time visiting the really pretty resort of Megeve which is an old ski resort with a reputation for being expensive but I think we were spared the full force of that as the pound is currently so strong against the Euro and having recently been to Copenhagen it was comparatively reasonable!!! 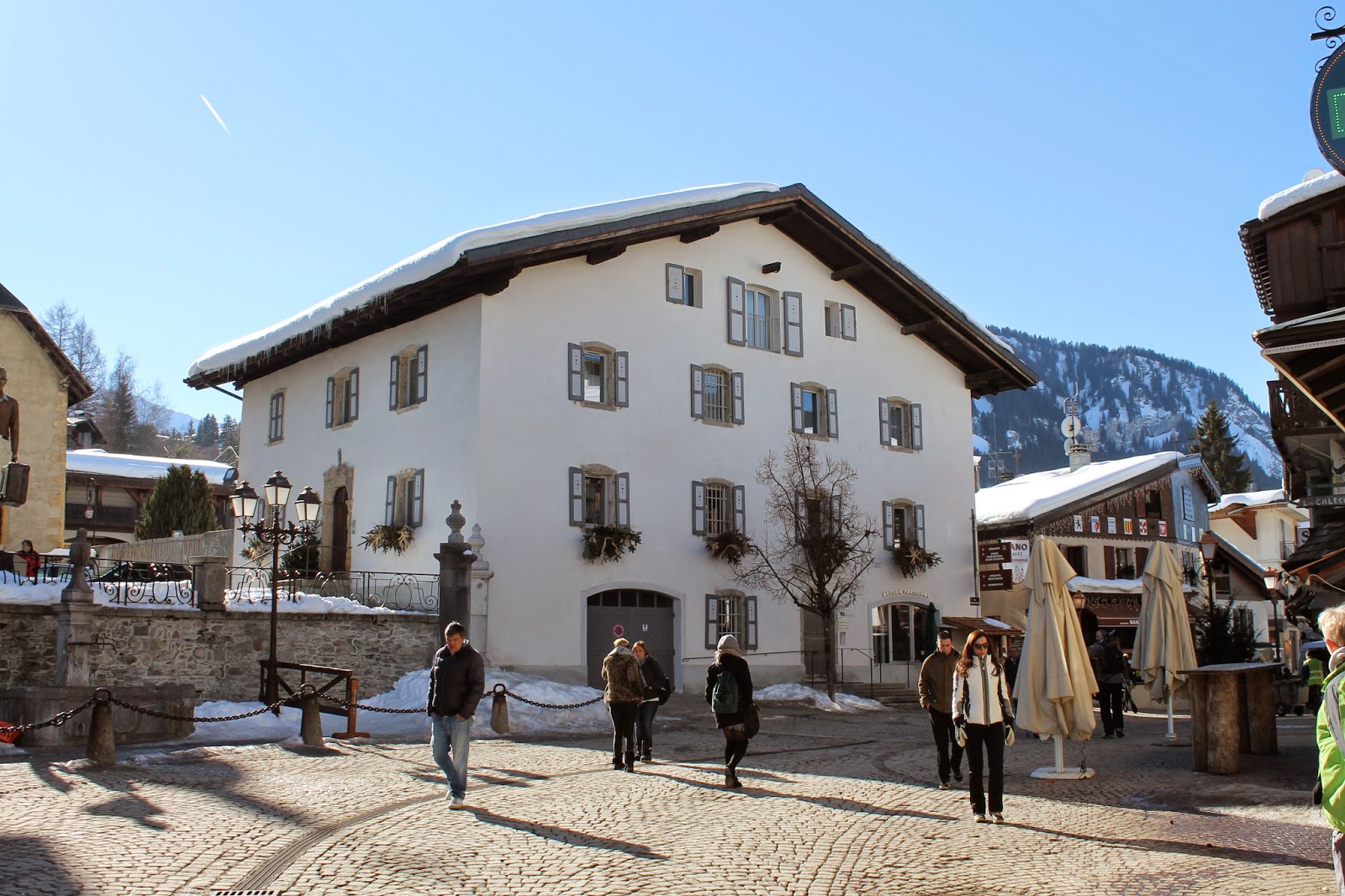 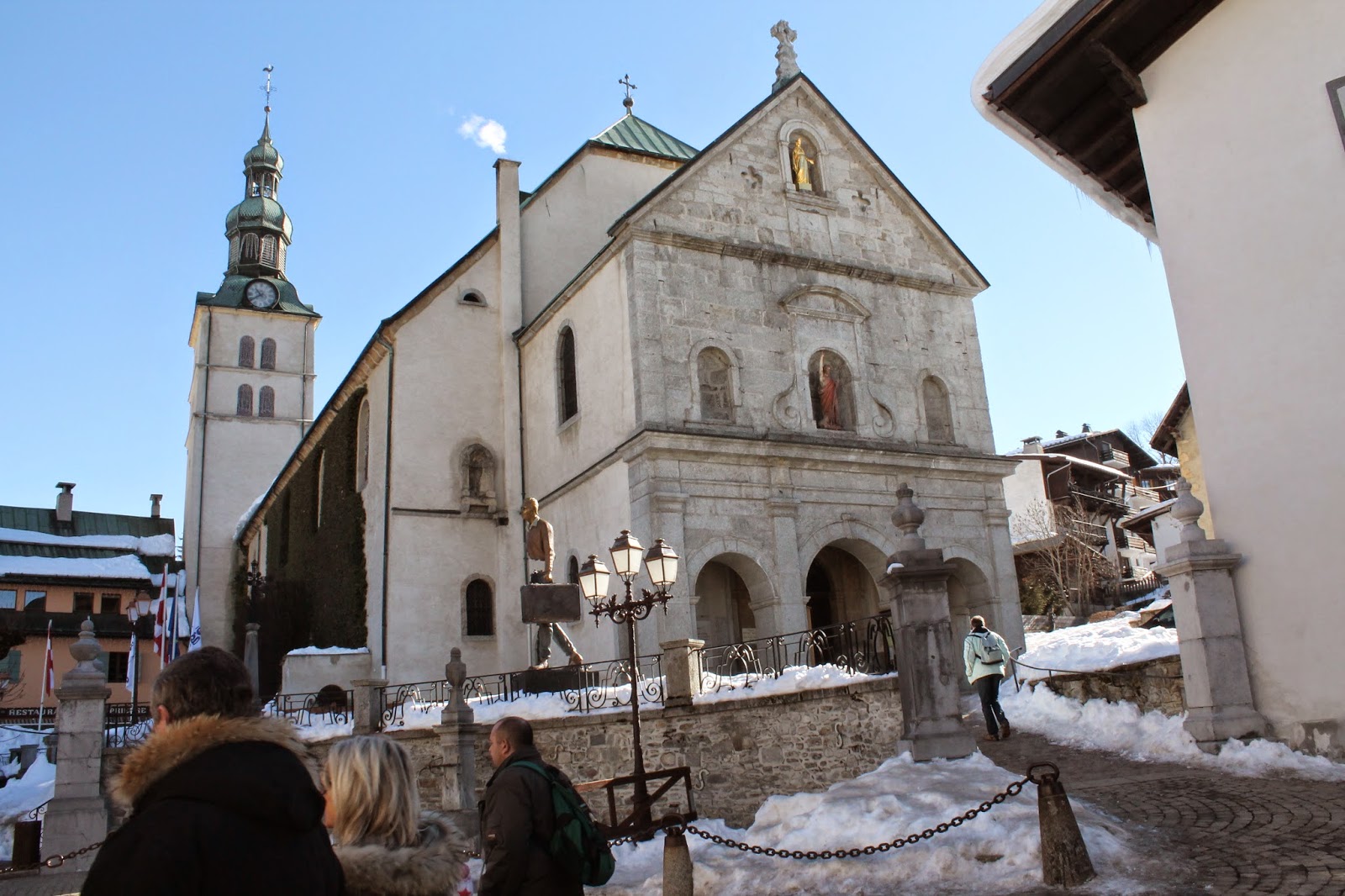 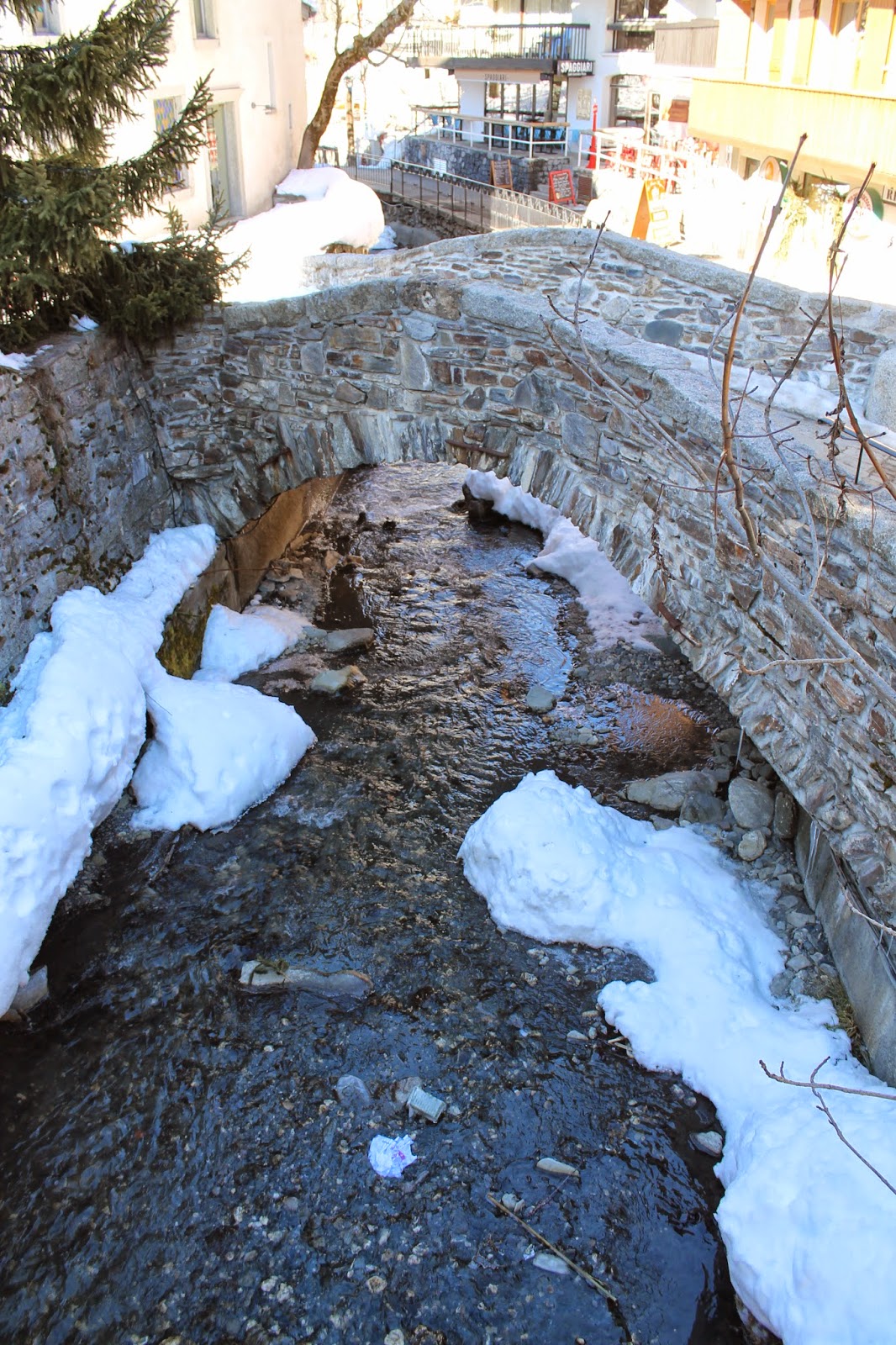 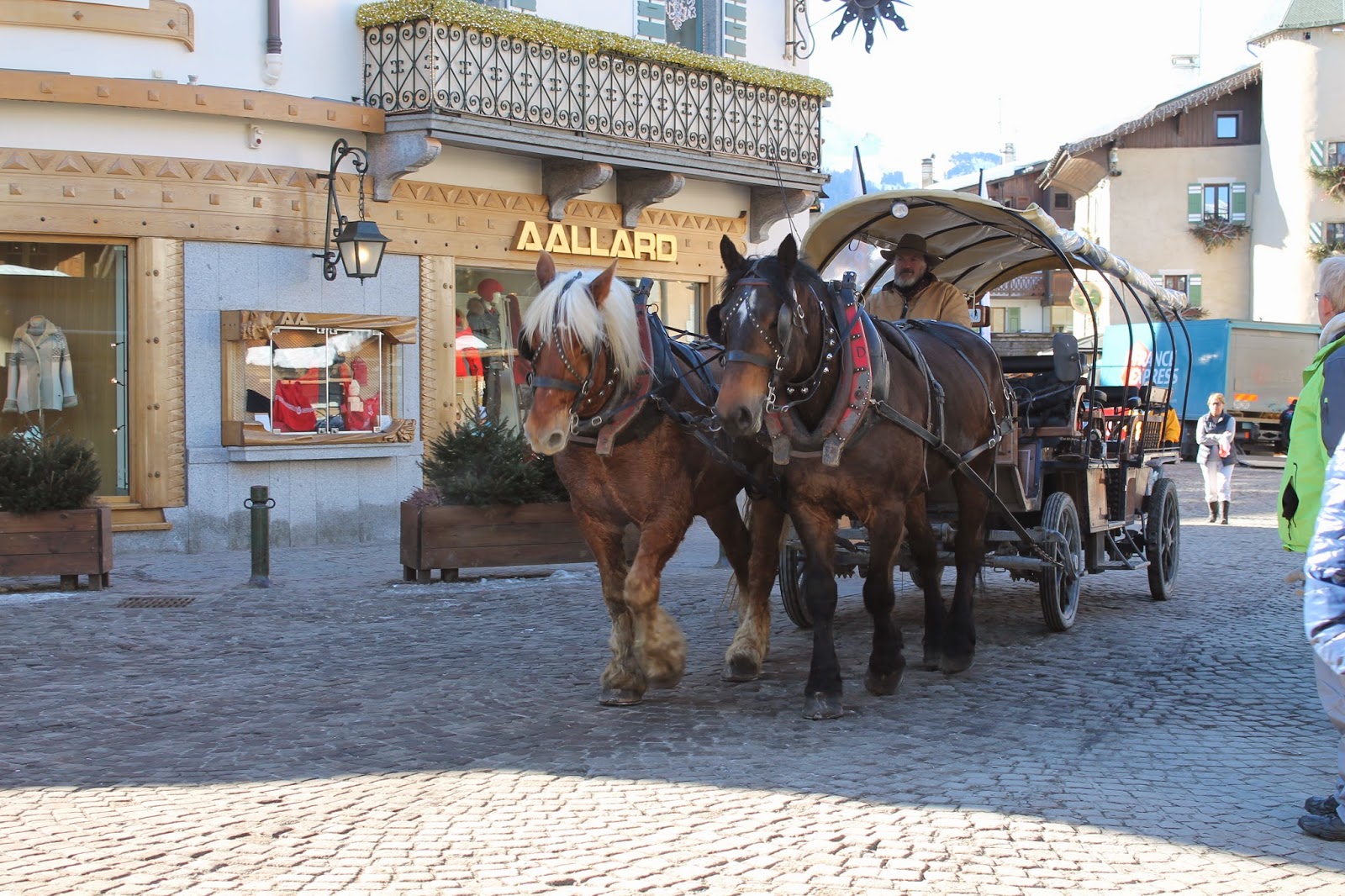 We also visited Salonches, Combloux and Saint Nicholas, small resorts around the area.......

It wasn't until the final evening that the clouds started to lift and the camera with my new lens came into its own!! My brother in law noticed a view had developed from our chalet, which was simply amazing with the sun causing a magnificent glow on the tops of the mountains the like of which none of us had ever witnessed before... here are a few of the images 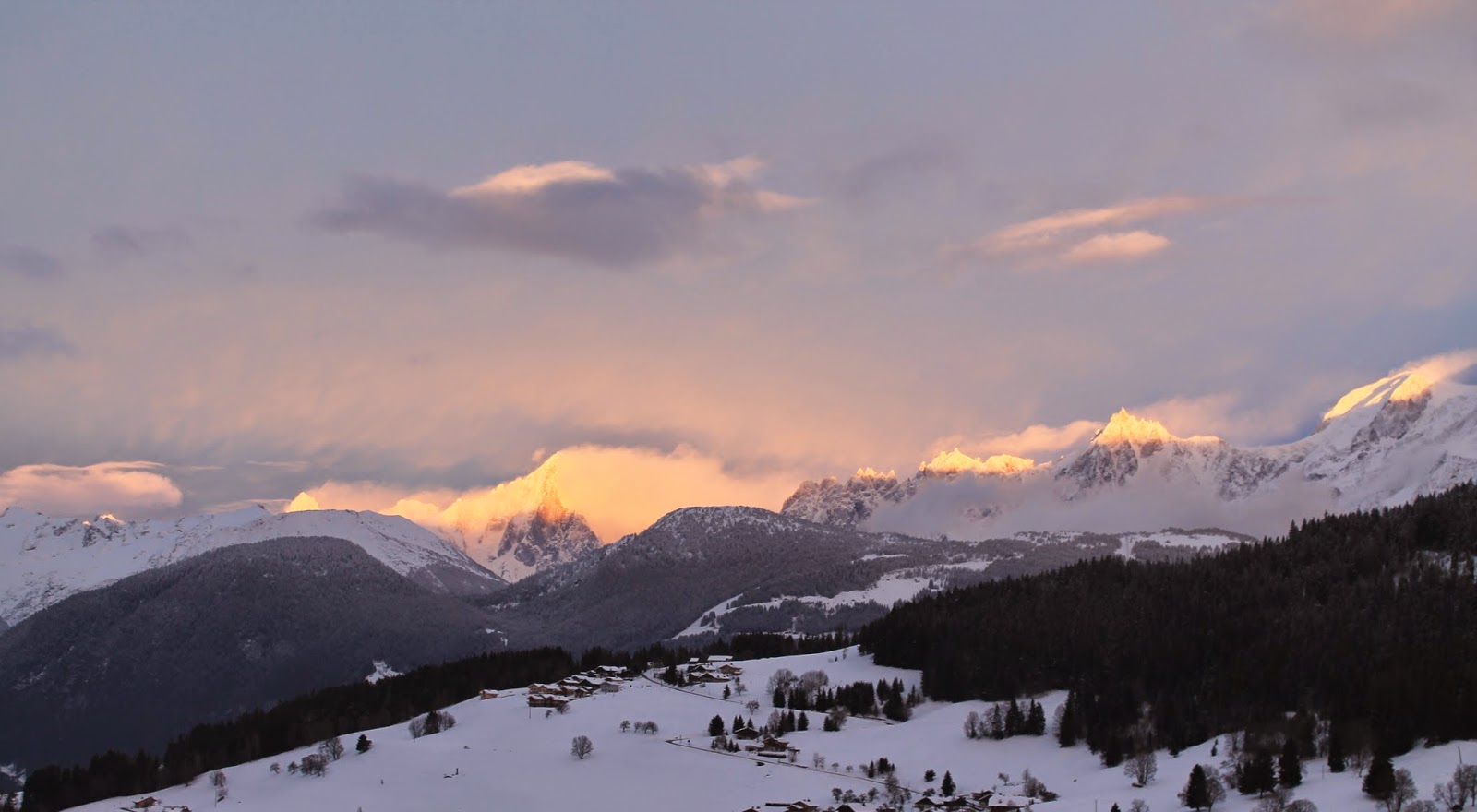 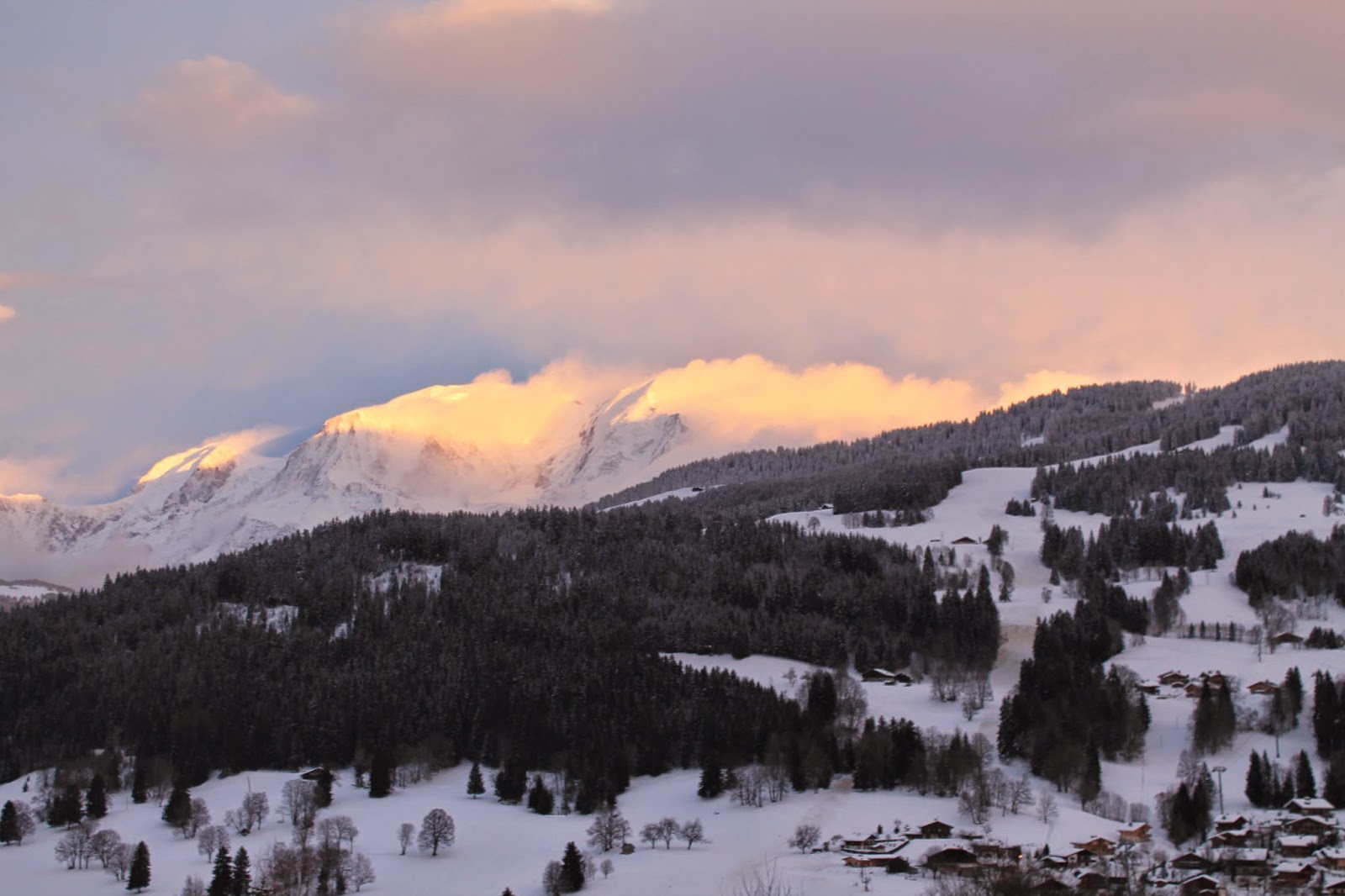 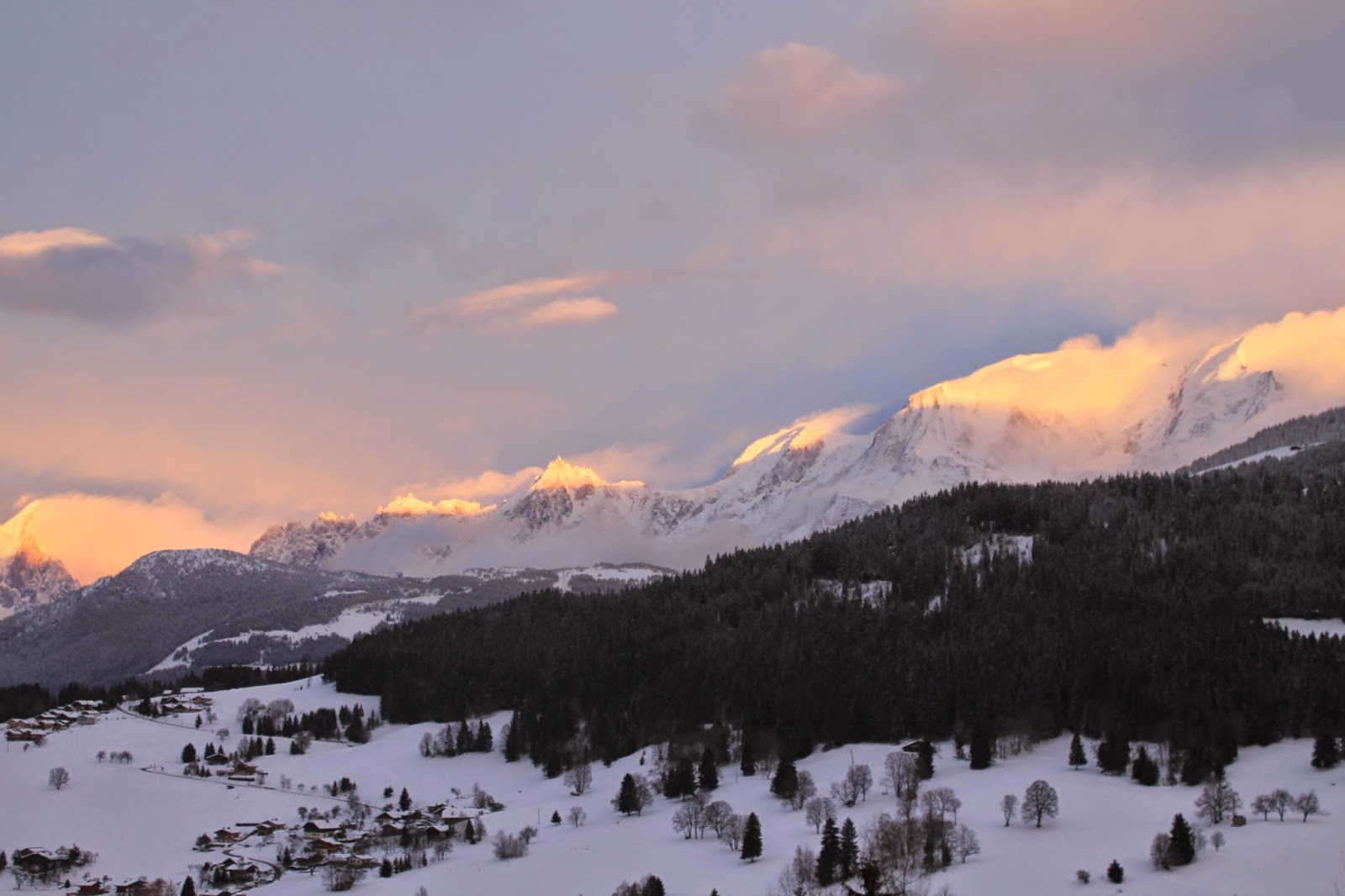 All taken with the original camera lens and below with the biggie!! 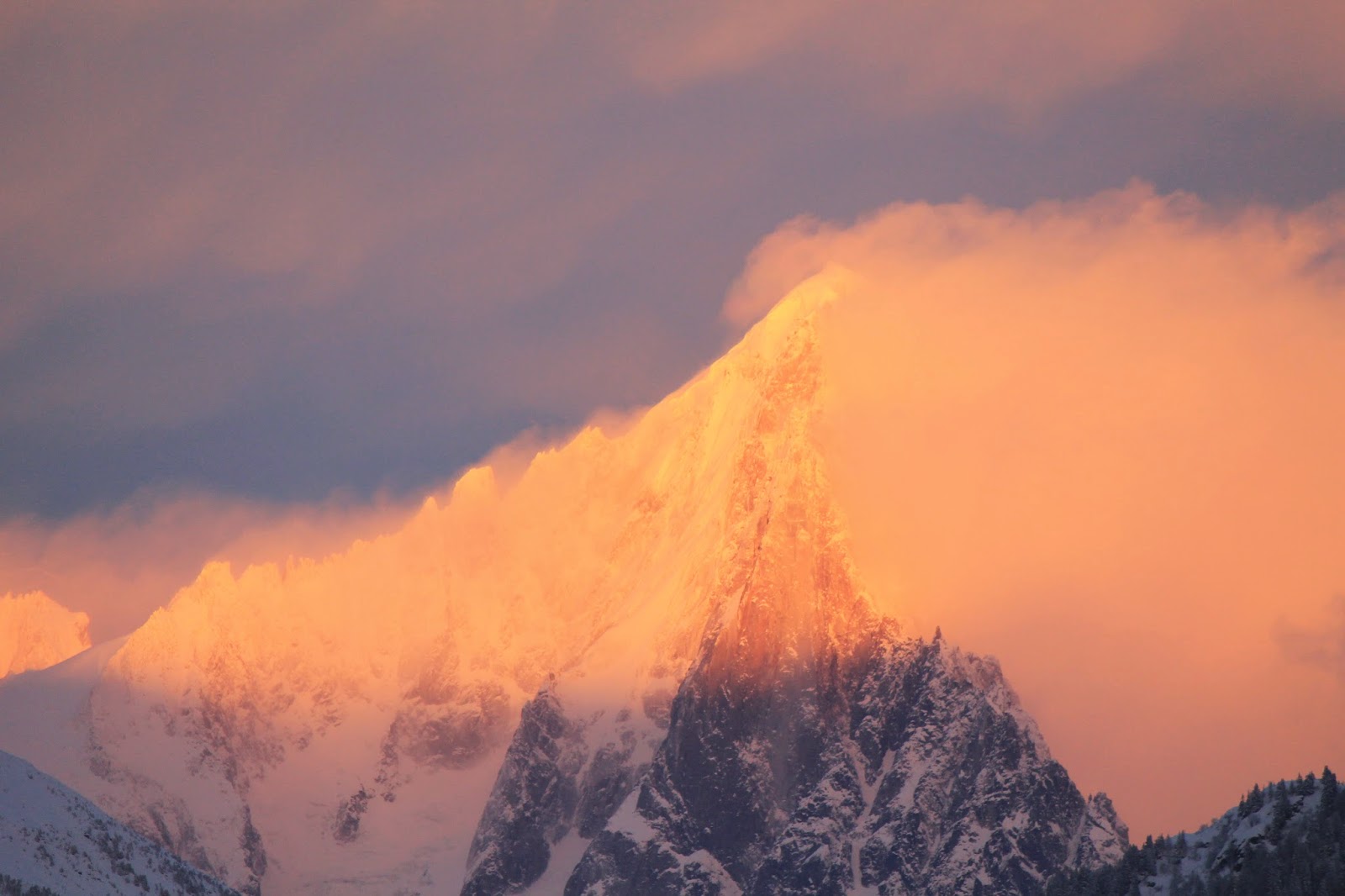 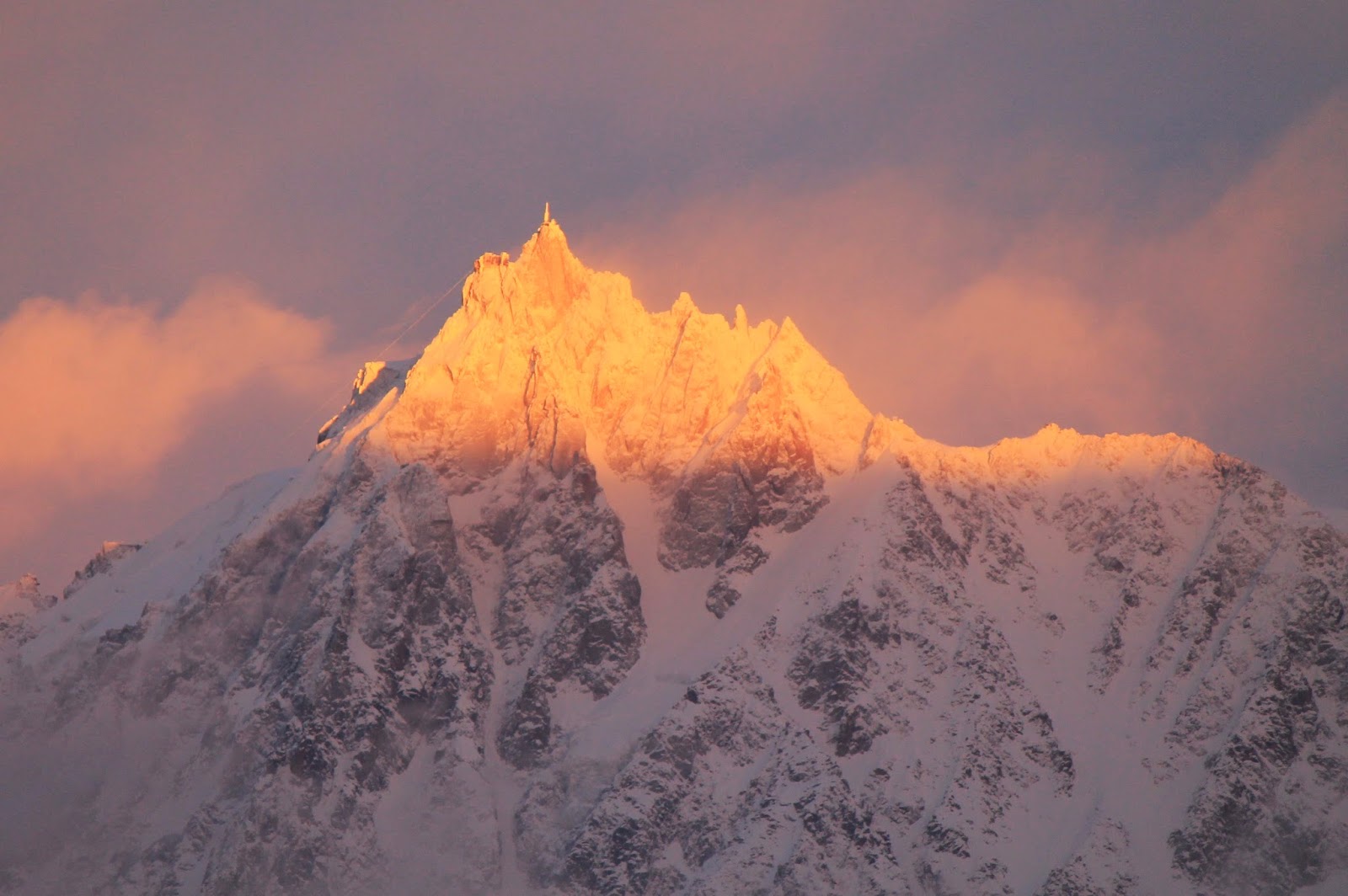 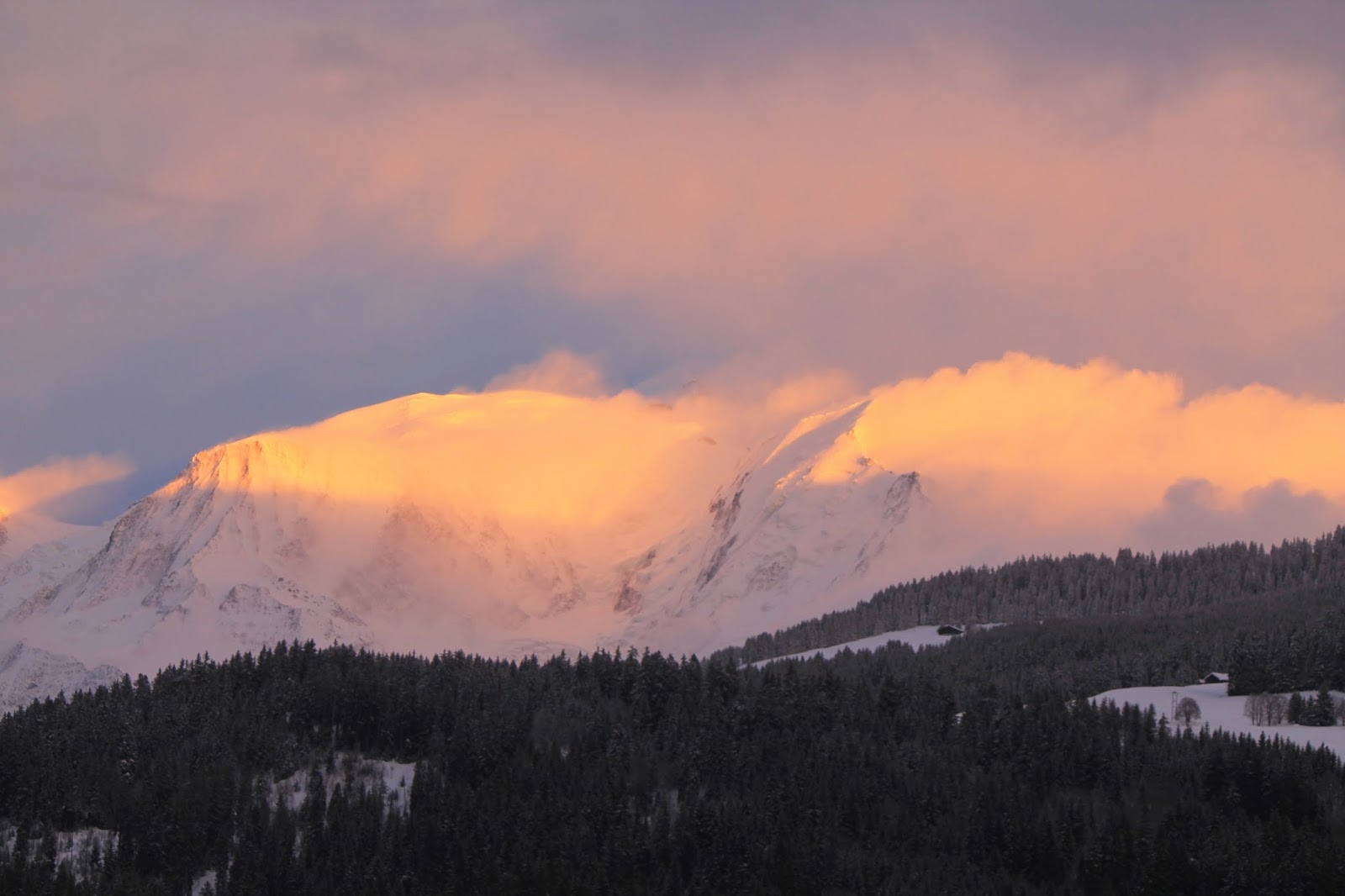 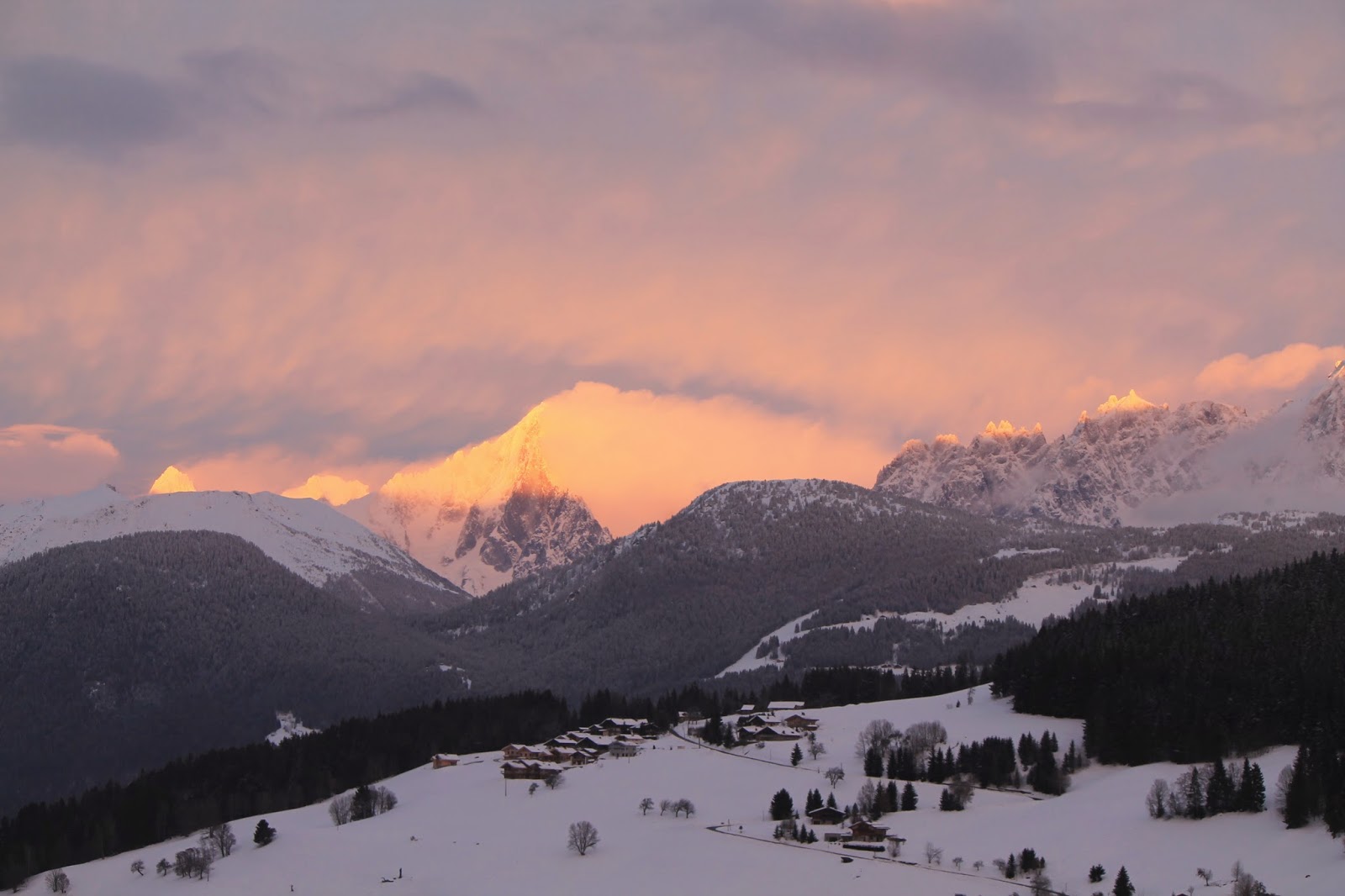 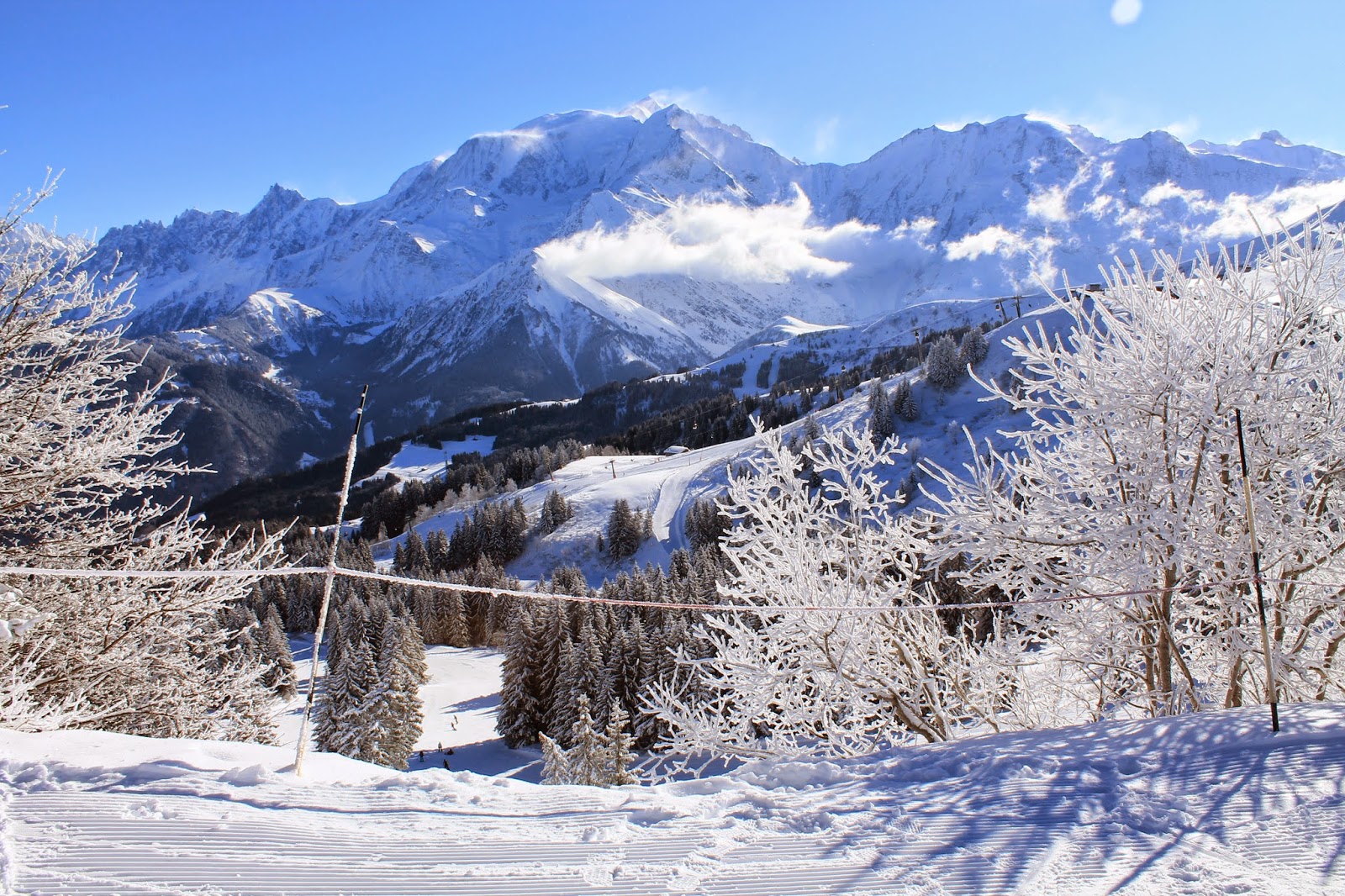 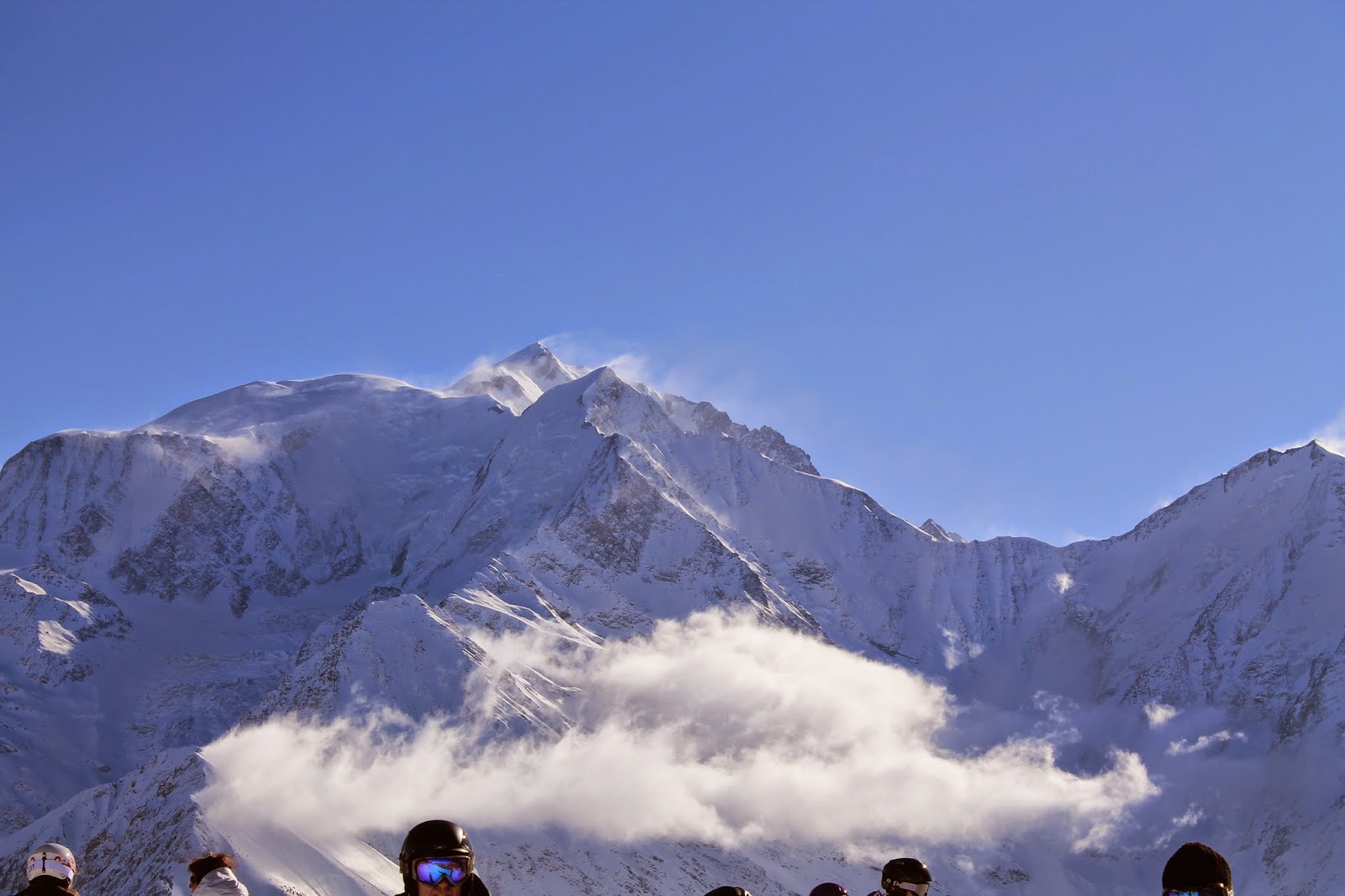 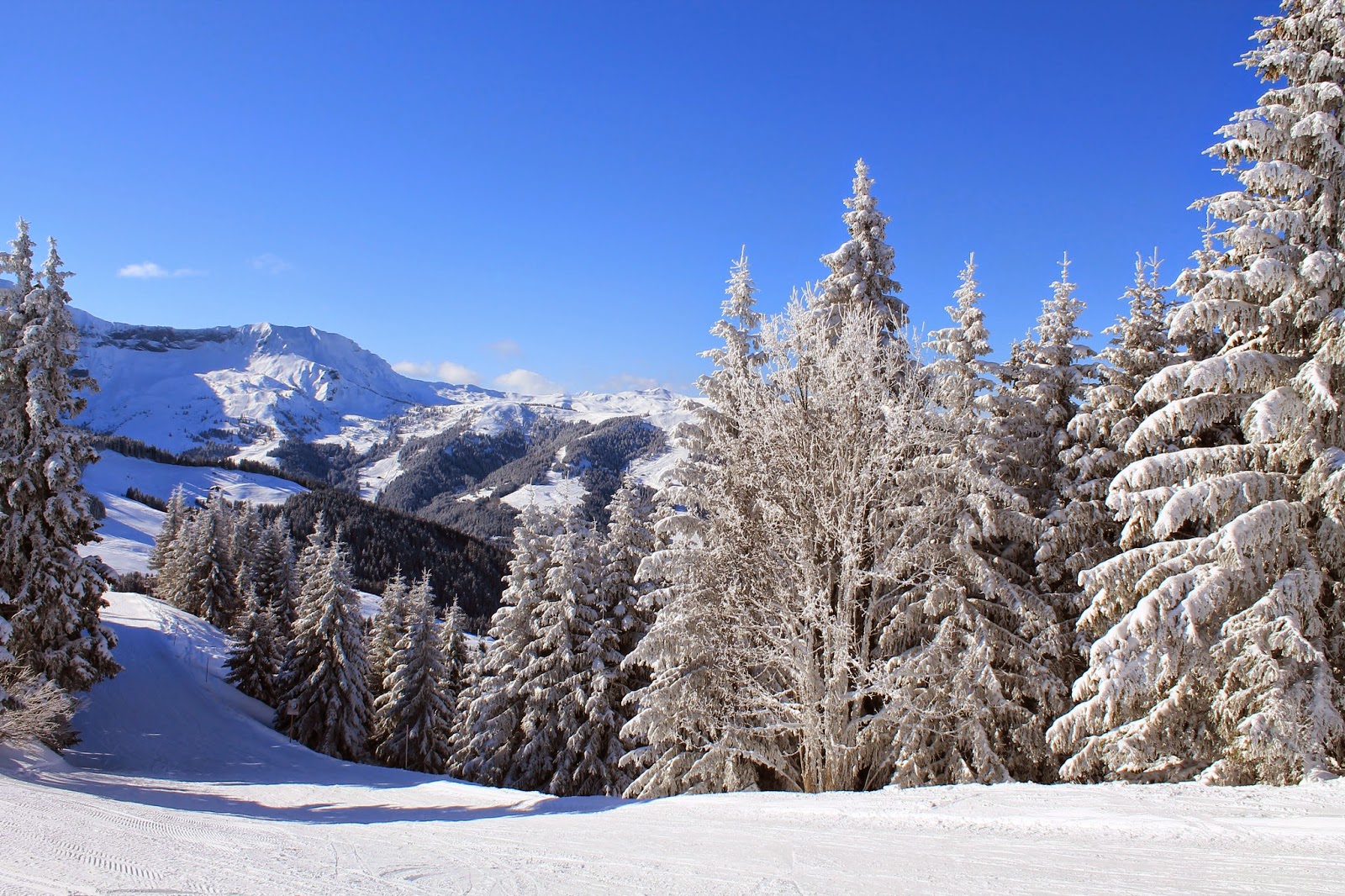 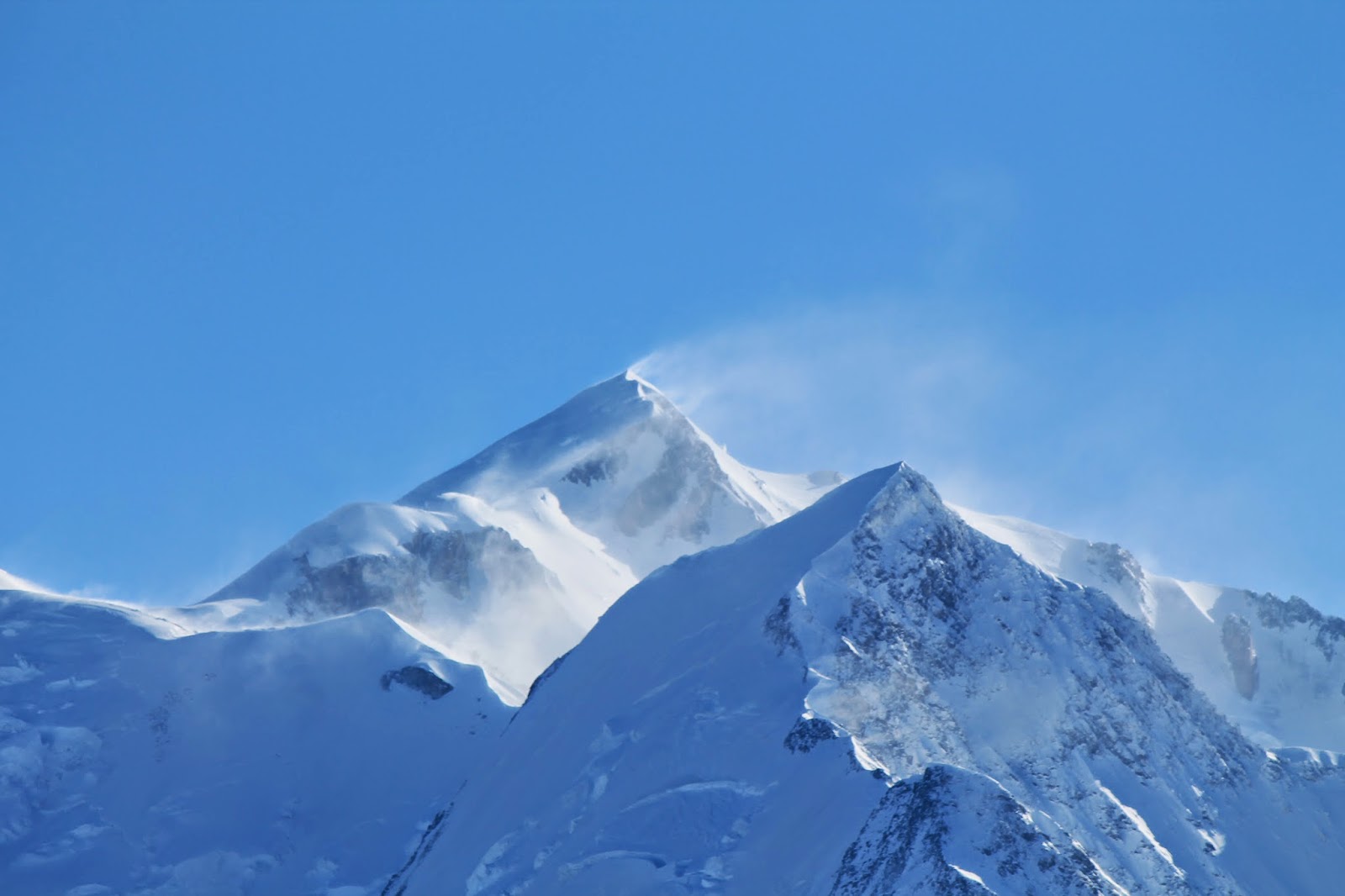 The mountain I have zoomed in on in the background is Mont Blanc and you can even see the wind blowing the snow off the peak!!  I have tried to find out how far away it is but can only find a road route which is about 43km 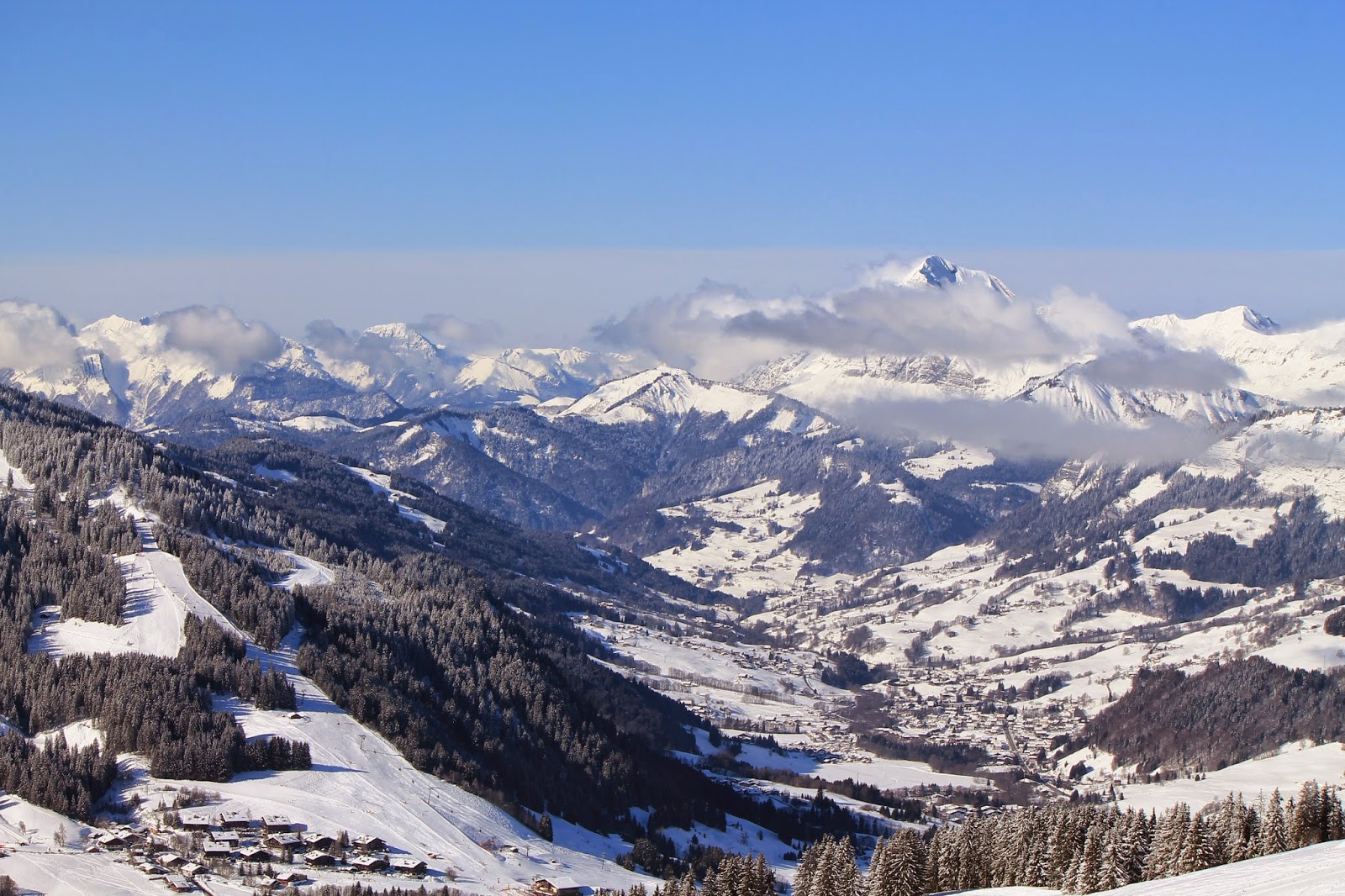 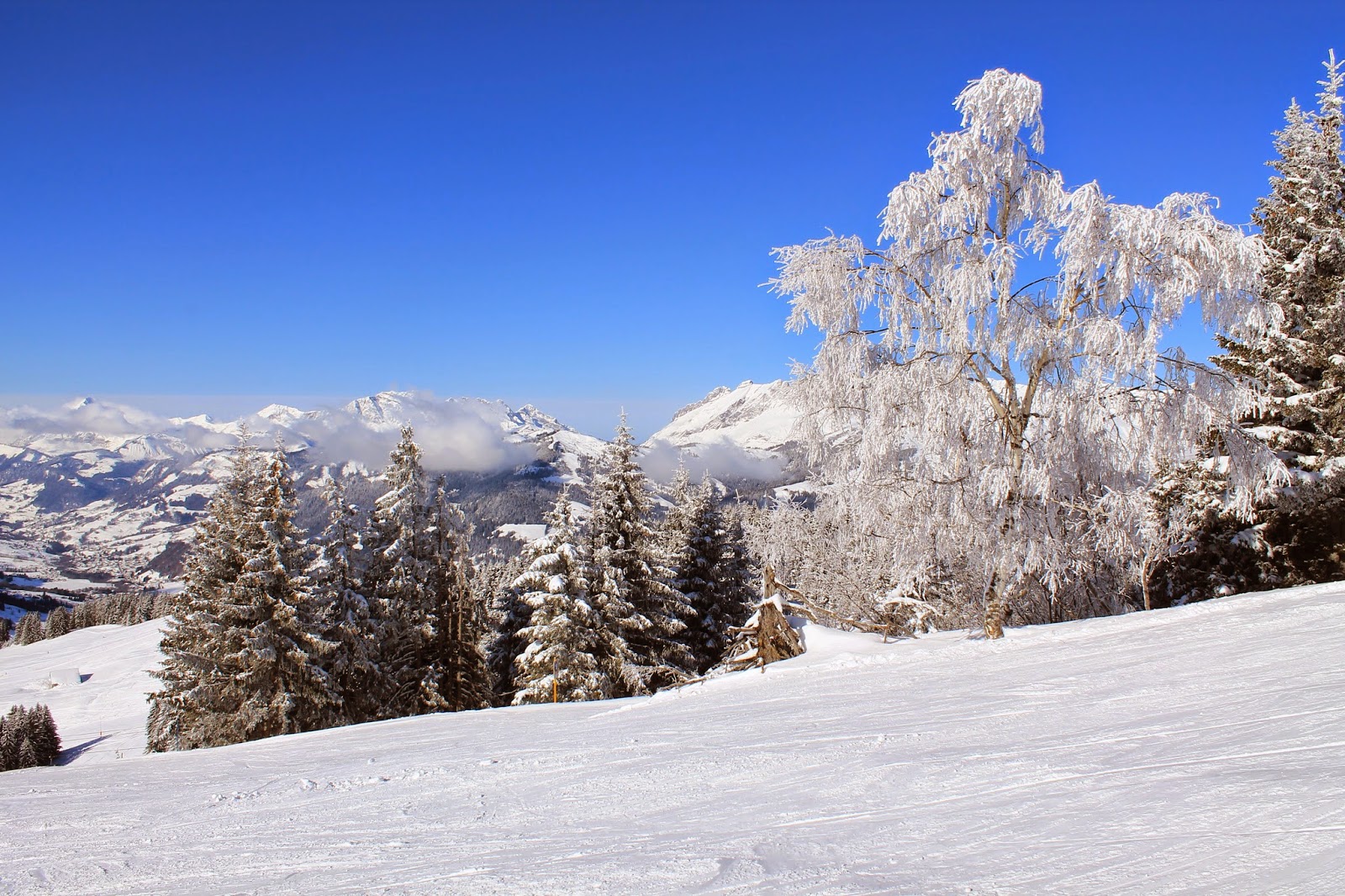 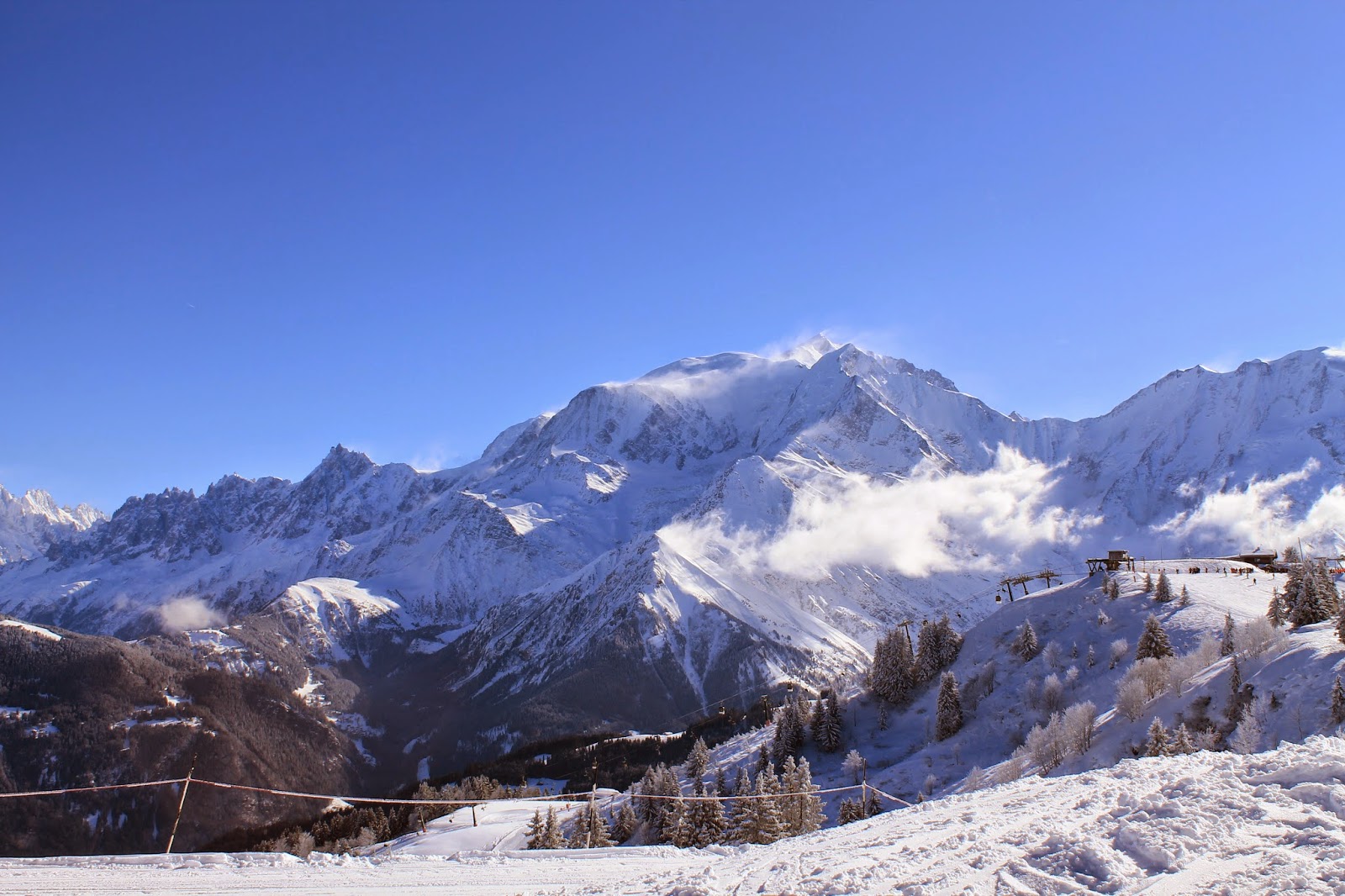 Another view of the Mont Blanc...

So a really pretty area and though I haven't much experience of ski resorts (the other one I went to was Alpe d'Huez) I would return here as for non skiers there were other things to do and quite near other resorts like Chamonix and also only an hour from Geneva... skiing isn't necessarily a relaxing holiday but this certainly was for us... we had been looking to get some Winter Sun but this turned out to be an equally lovely Winter break!!
Posted by Judith Farnworth Art at 00:40 2 comments: