First of all what a great name for a dog!! He is the sweetest little Alsation puppy and his grandma wanted a portrait of him!!

German shepherds are in their family and a few years ago I did a portrait of their dog Zach.....it was a tricky commission as Zach had died and the photo was a poor quality phone image. It was a father's day gift but in the end I managed  to get a reasonable likeness and the family were happy.... and so a new commission!! 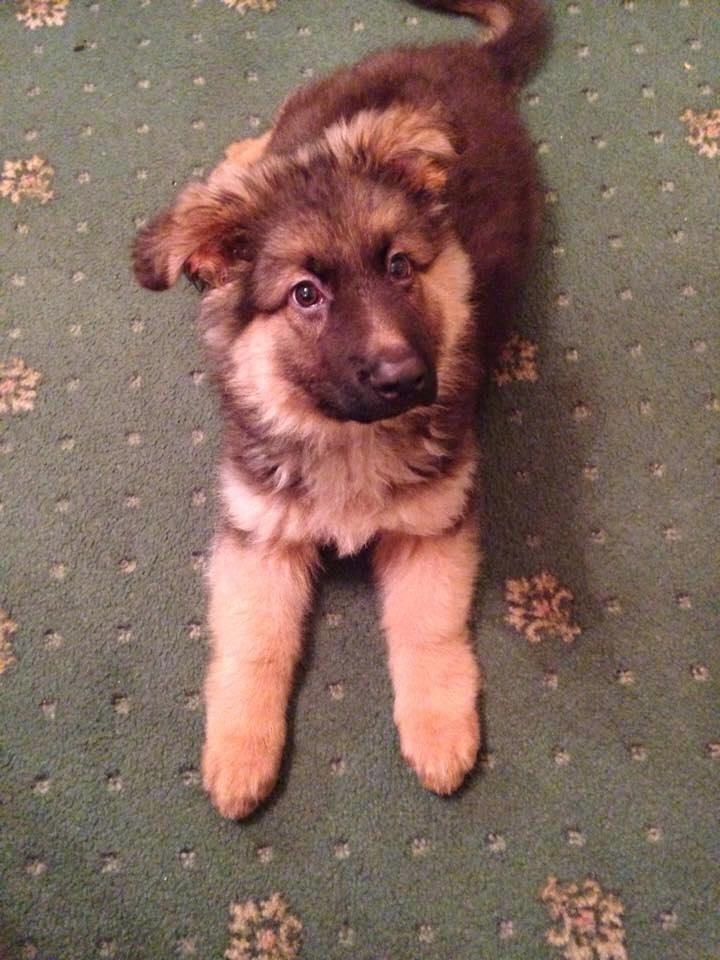 How seriously cute is he? Kathleen wanted a portrait doing before he got much bigger so I needed to get on with it....

I  have just bought some SAA masking fluid with a ruling pen (and 3 brushes) to apply it so thought this might be the very subject to try it on. I did a sketch then masked a few areas and was drawn to using

I did this on 15x11 but as it was only meant to be a preliminary sketch I didn't do it very big and was just intending to work it out. As he has such soft, fluffy, puppy fur I used more wet in wet than I might normally as I wanted to get the diffused feel of his coat...

The way I work makes life easier for me..... as I decide on my palette from the start, I can then concentrate on the lights and darks and don't need to consider colour, only what will give me the tonal value I need.  Anyway I worked my way around the painting allowing it to dry between layers...
I was also working on a cat commission at the same so it didn't stop me painting!! I realised I left the eyes until last... not something I normally do ....strange as I did the same with the cat too (not yet finished).

As I have described before, commissions are tricky as we are not painting just to please ourselves but another important audience and I often show the client a sample of the direction I am going in to make sure we are on the same wavelength. But I was actually very happy with this preliminary painting and decided to show it to them.  My main hesitation was would it be big enough as it is quite small but apparently the previous commission of Zach isn't too big either so they were happy with the size!! Another phew!! 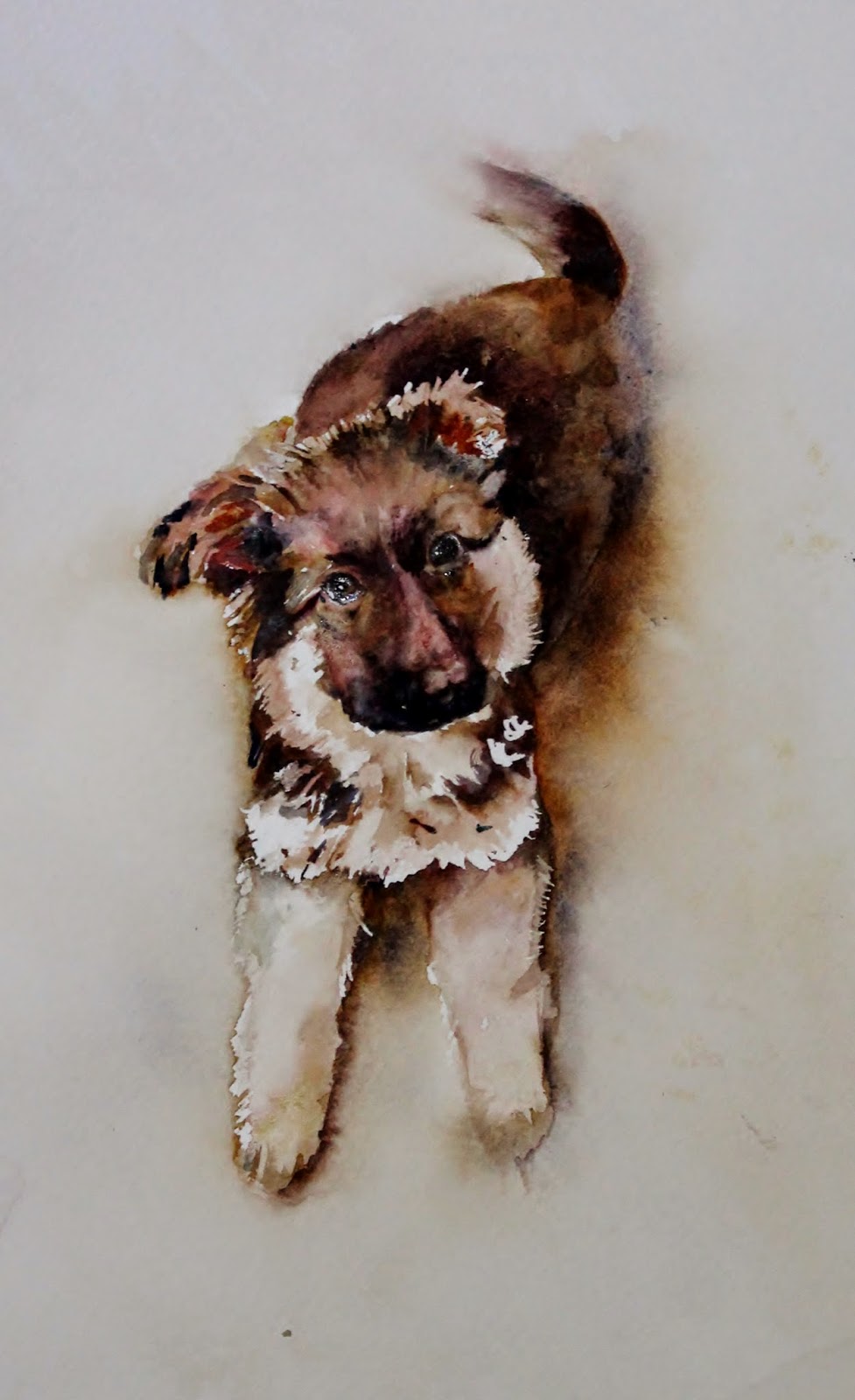 Just needs mounting and framing and will be off to it's new home next week....


Posted by Judith Farnworth Art at 12:54