I have had this in my "to do" list for a while and as the photographer John Robinson is now adding to his series  "The Lonely Photographer", so thought I had better get going!!

I liked the light on this image plus the mystery and the thoughts of where he is going and where he's been.


As some of you will know I like back images especially of portraits...no need to worry about a likeness so I just had to decide on my palette for this one.

I knew I would need a good dark so I used indigo which I like mixed with alizarin crimson and a touch of raw sienna to give me an "almost" black... I wanted to capture the light at the end of the tunnel so went in with fairly pale washes to start with and built the tone later.  As you can see I added a touch of green to the darks to connect them with the greens in the distance. The walls of the tunnel were quite shiny in parts, not sure if they were wet anyway I tried to capture that too. 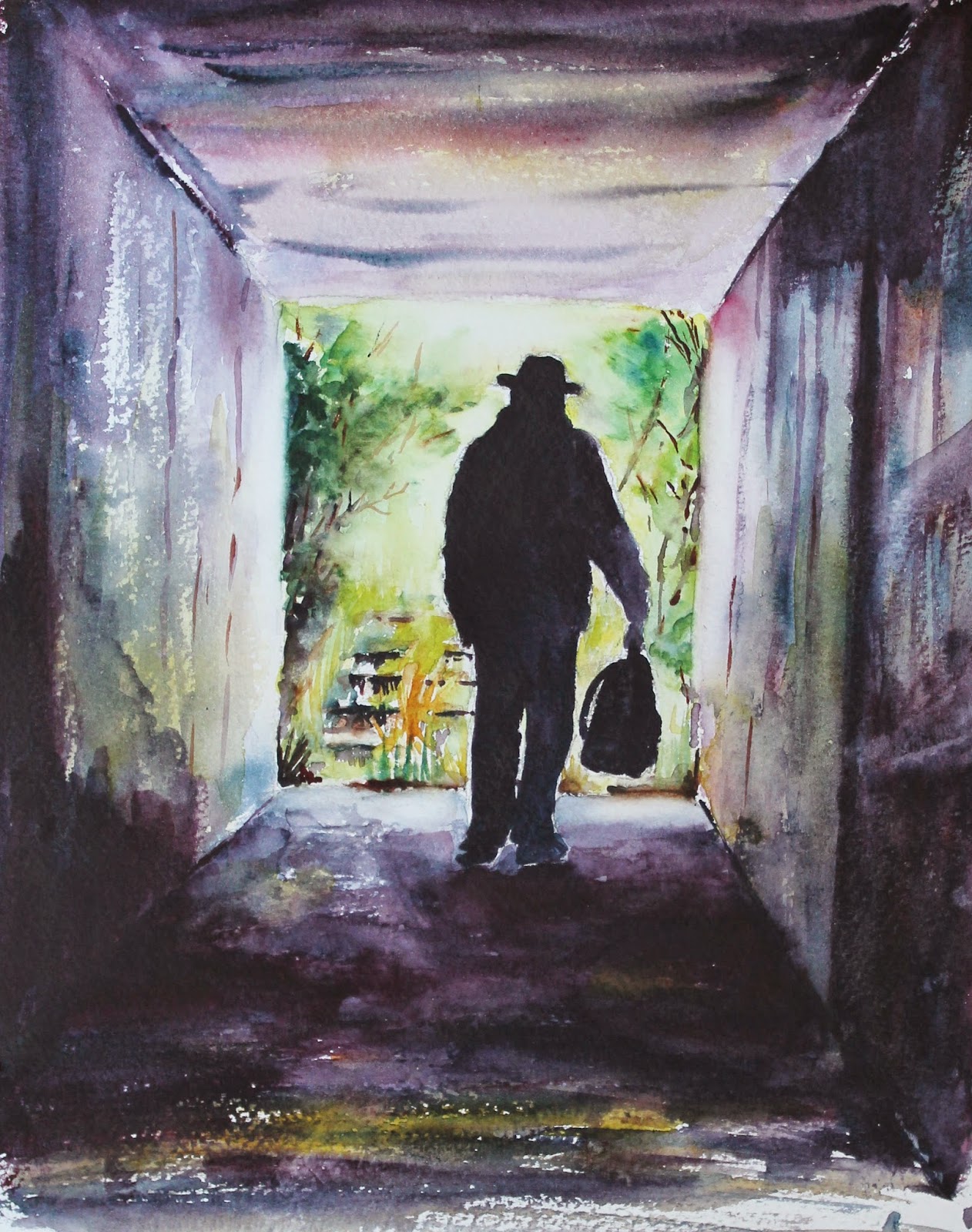 One tip is to photograph your work and view it on screen, it's amazing how areas you need to address become so clear.....with this the walls, floor and figure weren't dark enough.

If any of you would like to see more of John's work, here are his links

John is also a member of Paint my Photo


Posted by Judith Farnworth Art at 13:03