We had visited the walled city of Dubrovnic once before from a cruise and really loved the wonderful marble stone of the beautiful buildings within the city and the pristine terracotta roofs mostly replaced since the war during the nineties when the city was severely hit by the fighting. The stone has a wonderful pink cast and almost sparkles in the sun, it has a magical fairy tale quality and we decided it was one of the places we would look to revisit.

After the "hip relacement" we decided we would try and get away towards the end of May and this holiday appeared on one of the Secret Escapes deals.....as luck would have it was considerably cheaper the week we went than had we waited another few days.

The Lafodia Sea Resort was on the island of Lopud, 9 kilometres North of Dubrovnic and has been newly renovated to a high standard. The island is quite isolated and a ferry runs about 3 times a day to Dubrovnic when all the islanders set off with their suitcases at 6.20 in the morning to get their provisions. We made the journey into the city but unfortunately the weather wasn't good (in fact we got drenched!!) so it didn't show it in it's best light. Nevertheless it was lovely to return and explore some of the places we hadn't seen on our previous visit.

The weather was terrible on Wed and Thurs and as there was very little to do in the hotel, I held a little watercolour lesson with Kathryn, whom we had met on the short boat ride from the mainland and who was interested in learning and also invited me to conduct a workshop in their pub the Wheatsheaf Inn where they have a skittle alley which they use for conferences, weddings, meetings, parties etc. We had a few people gather round and I think I need to hire Kathryn as my PR as she was fantastic in promoting my blog and paintings!! Thanks Kathryn!! Anyway we are in the process of arranging, hopefully in the not too distant future, for me to go down and Kathryn will invite members from local art groups to come and do a session with me...... anyone living in the area who would be interested please either get in touch with me or with Kathryn via their website, it would be lovely to see you!! 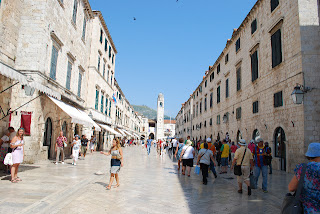 Dubrovnic in the sun 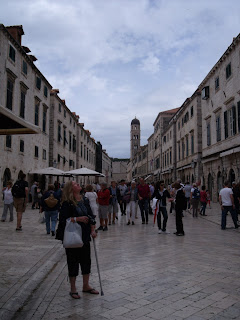 and in the rain!! 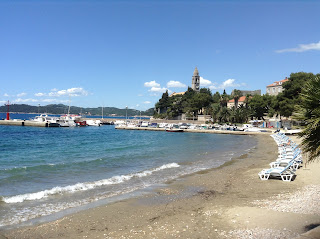 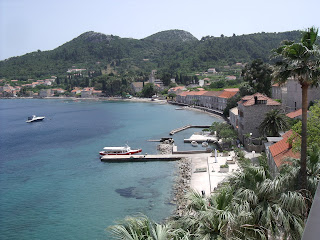 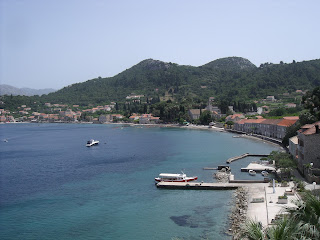 the lovely bay on the island 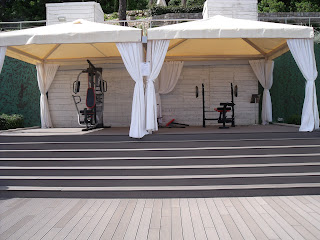 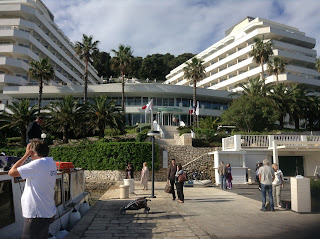 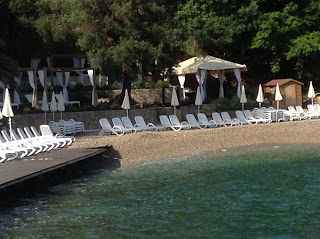 Our hotel and the private beach to the side 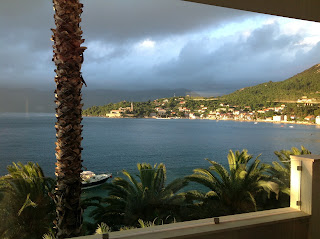 Our view from the restaurant with stormy weather

Just a few images to give you a taste of what is a truly beautiful part of the world... am sure we will return to Croatia in the future, it is still moving on from the atrocities of the war but it has some breathtaking scenery and areas of interest which deserve to be explored.
Posted by Judith Farnworth Art at 05:39