Running my First ever Brusho Workshop!!

Lodge Artists in Chorley contacted me a few months ago to ask if I would lead an all day Brusho workshop for them... they had bought Joanne's Dvd and were keen to do more... some had tried it out others were "virgins" but all raring to go!!

I have to admit I was a little anxious as Brusho has a mind of it's own and I was hoping I would have the courage to go with the flow as Joanne has taught me!! I have been waiting to add this post as some of the ladies from the group had taken photos for me and I received them yesterday. I was so cross with myself as I had forgotten my lovely new camera... no excuses really except that I had so much "stuff" to remember, I even made myself a list!! The camera was there on the side just waiting to be picked up and of course I rushed out without it!!

I had done some practices of what I thought we could do, though I have Joanne's DVD I felt it was only right to do my own exercises so after I had shown them some of the ways to use the product we dived in and started a floral... this was the one I was aiming for and one I had done earlier. 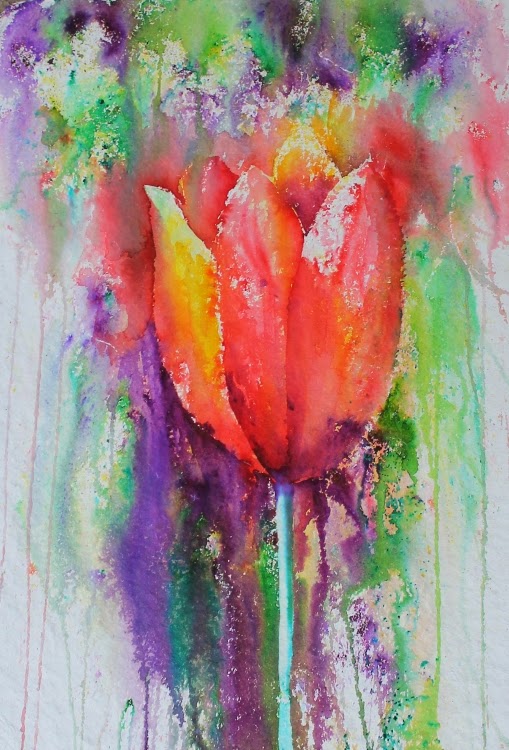 I had taken lots of floral images and was delighted to see the group embrace my philosophy of applying the techniques to their own paintings and I was so impressed by what they did!! 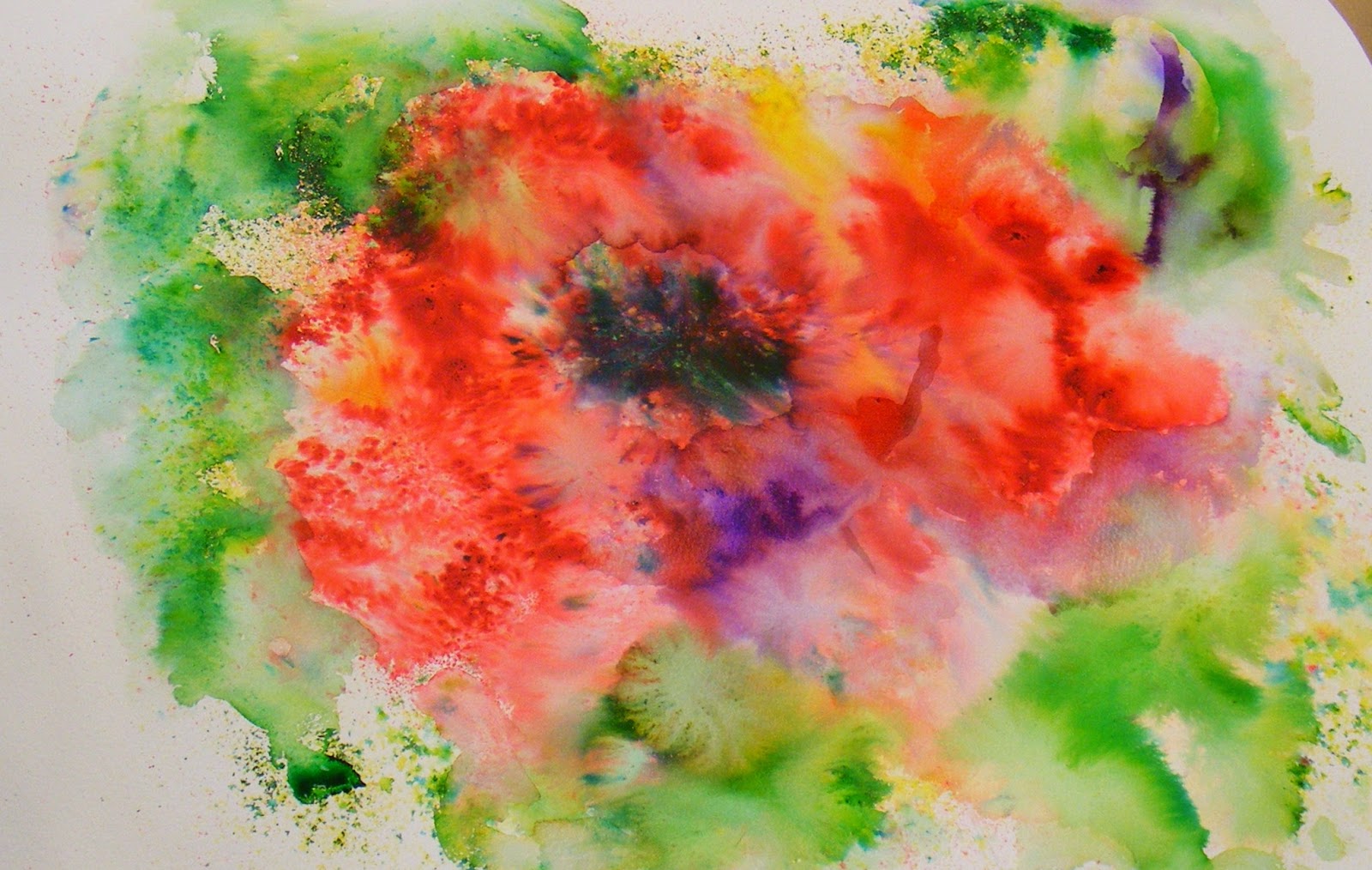 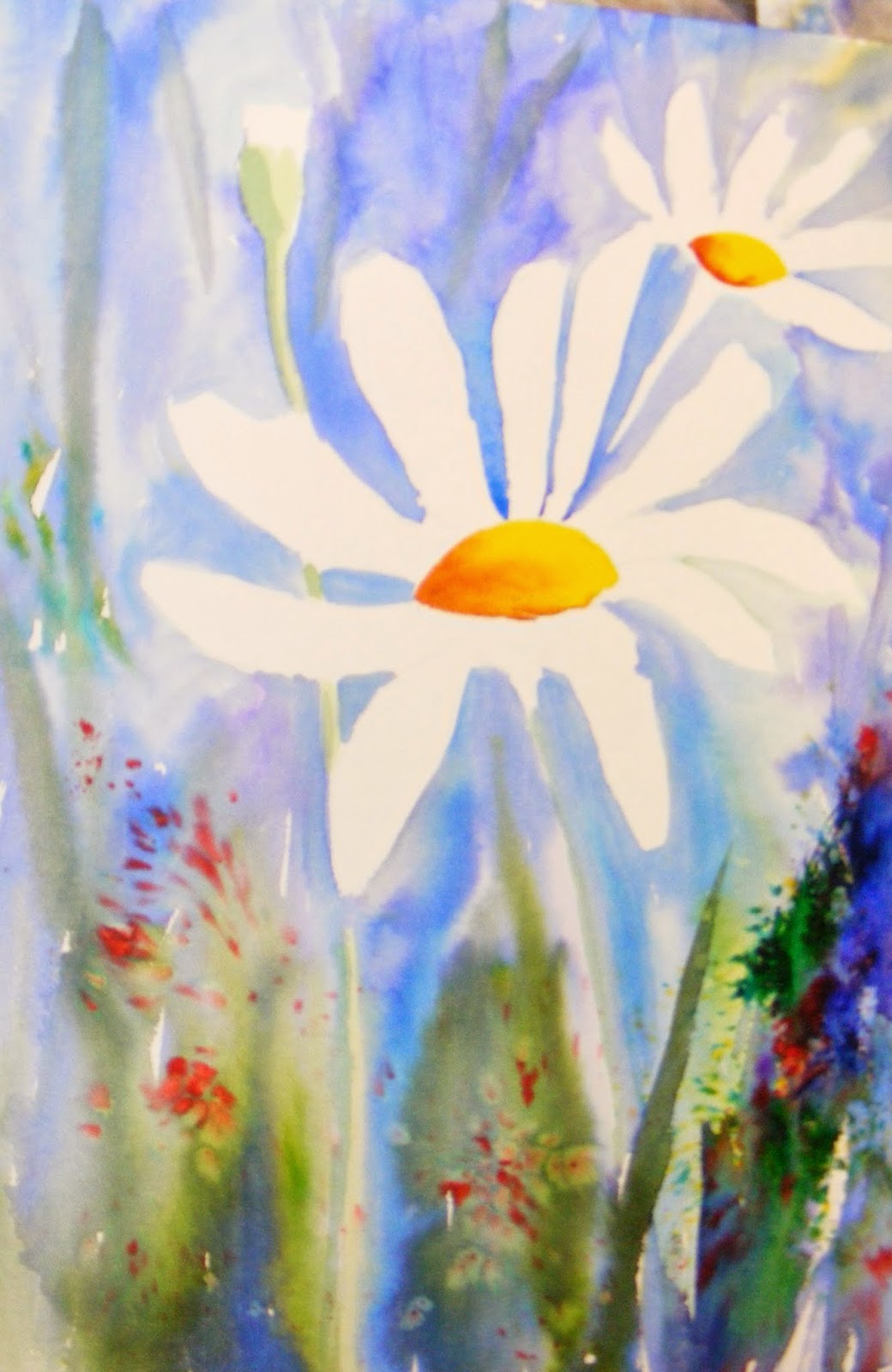 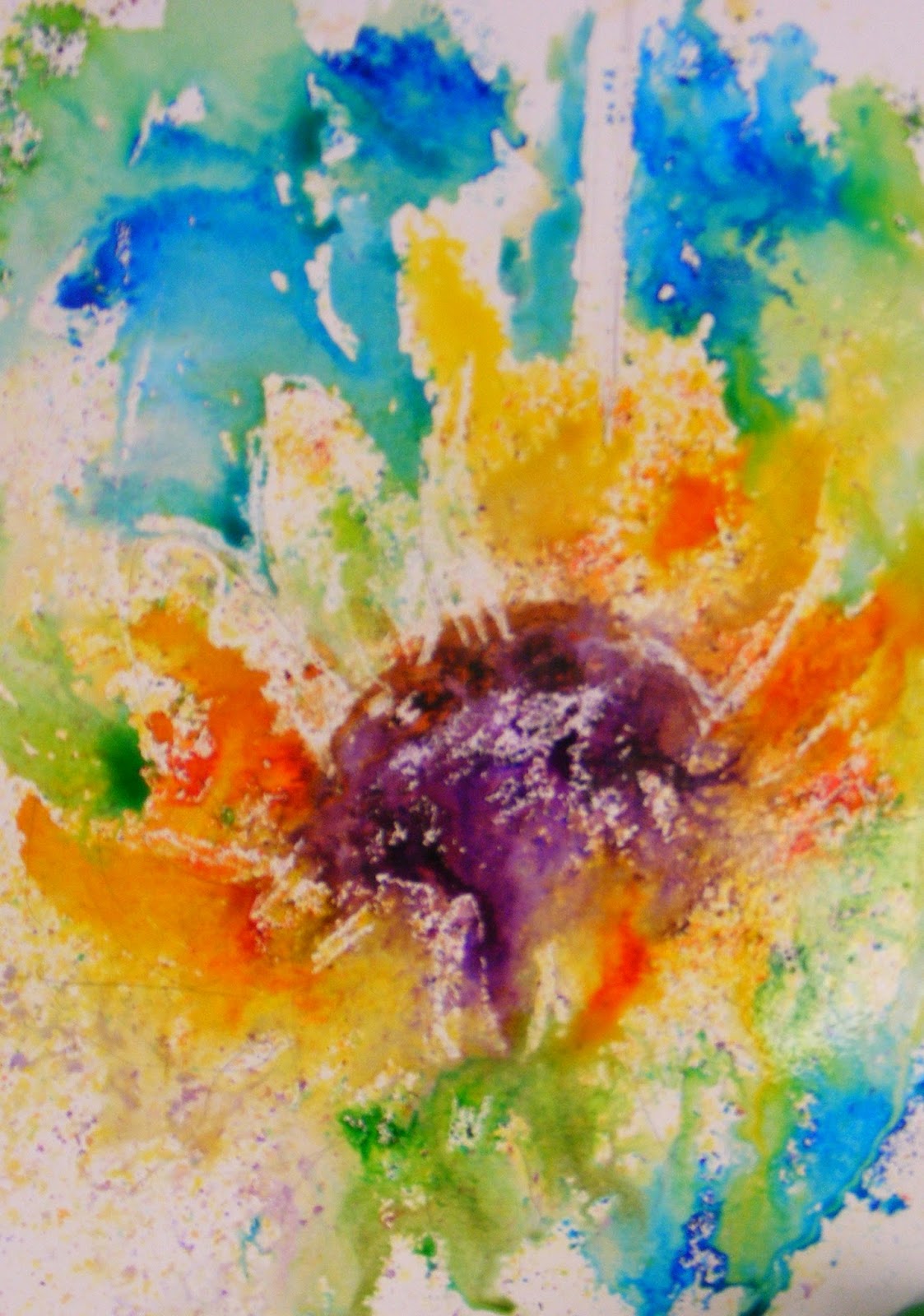 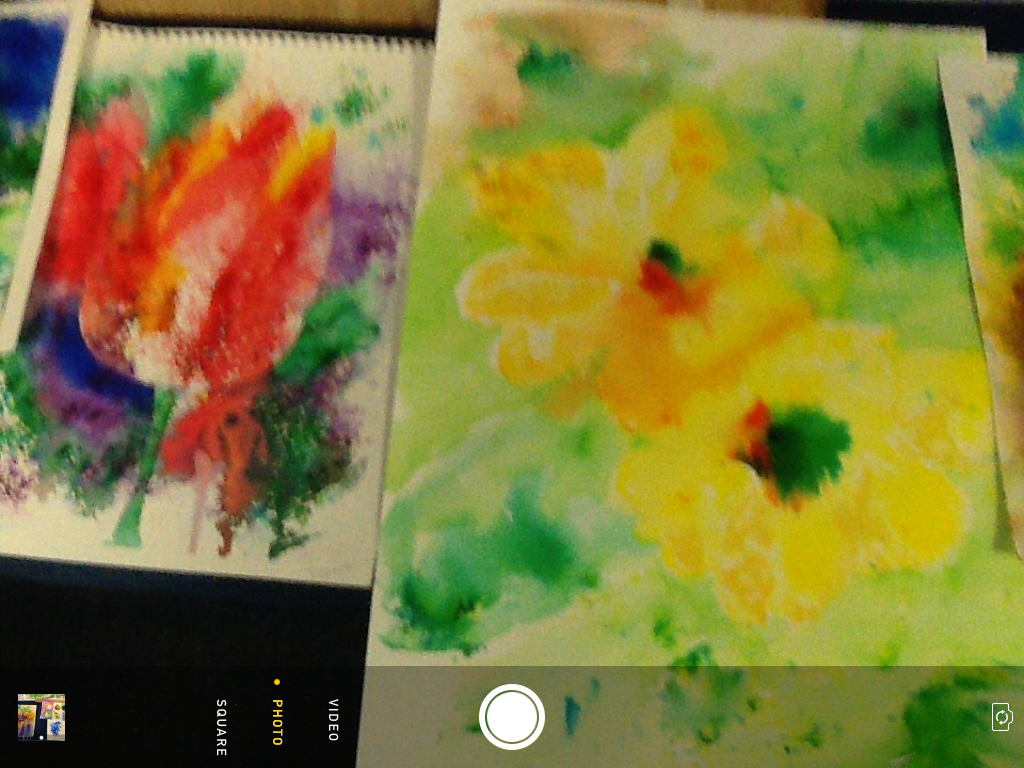 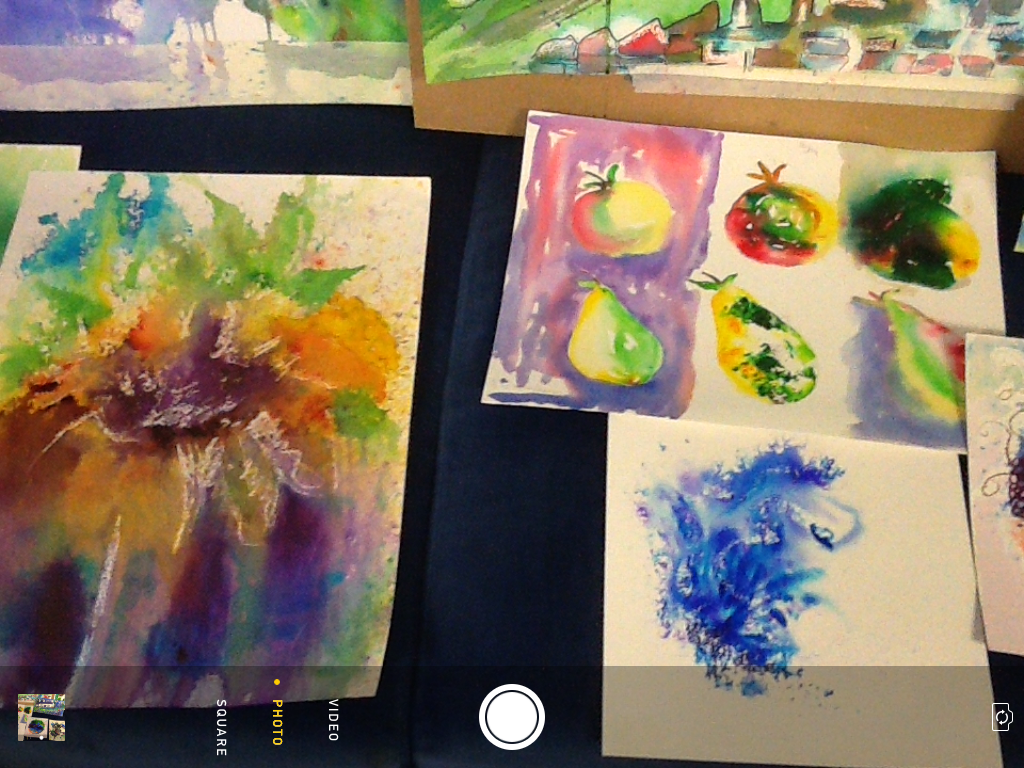 These are just a few of the vast selection of Brusho paintings, as you can see not all finished but all looking very promising!!

This took us through the morning session and in the afternoon I did want us all to have a go at the same image as I was showing more techniques on this.... again I was blown away by the efforts, I always encourage people to choose their own colours especially when we are all doing the same image... colour choice is one way someone can inject that little bit of themselves into something and I like it when people create something quite different to mine. Not difficult with Brusho by the way!! This was the image we were painting 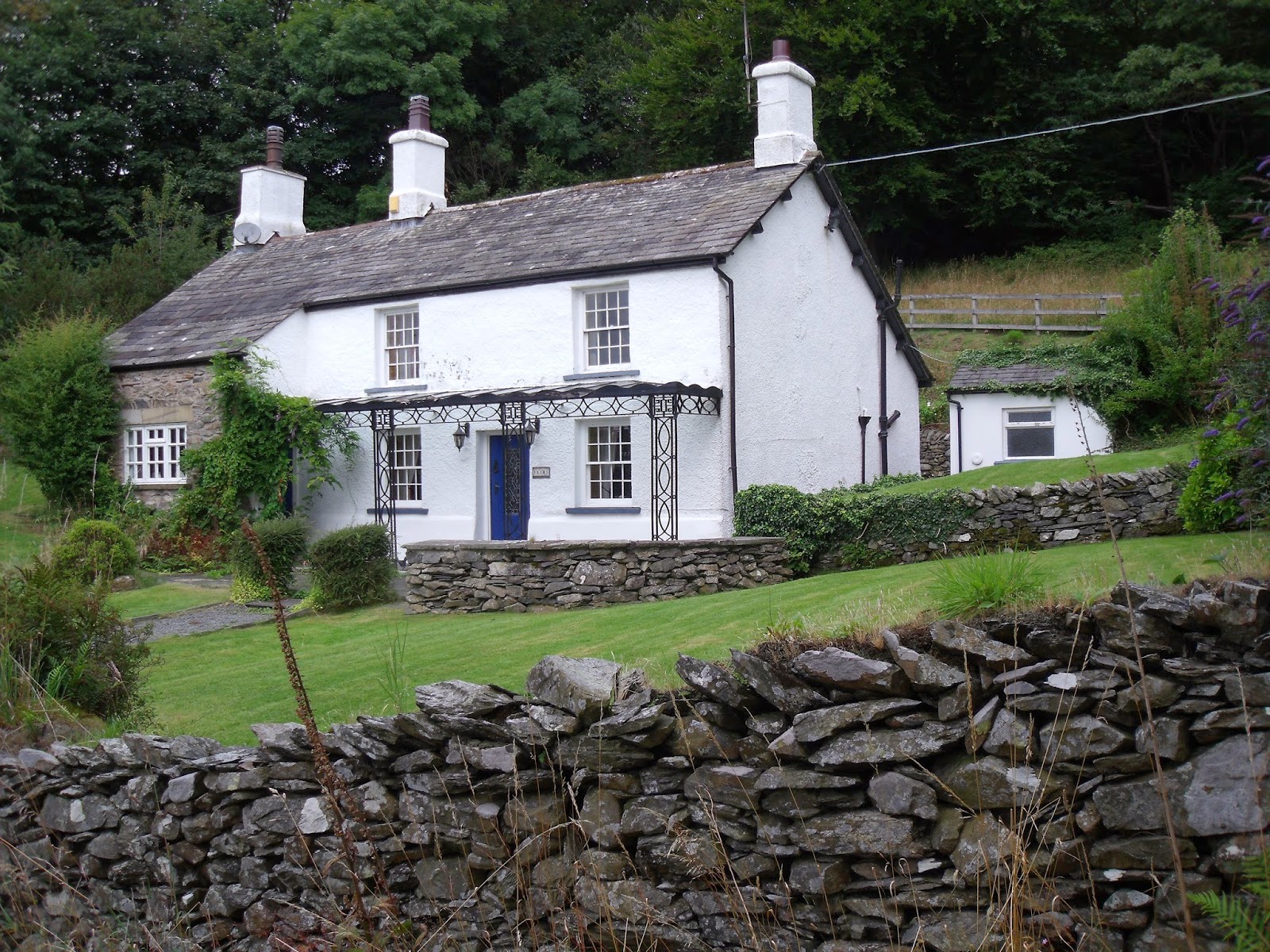 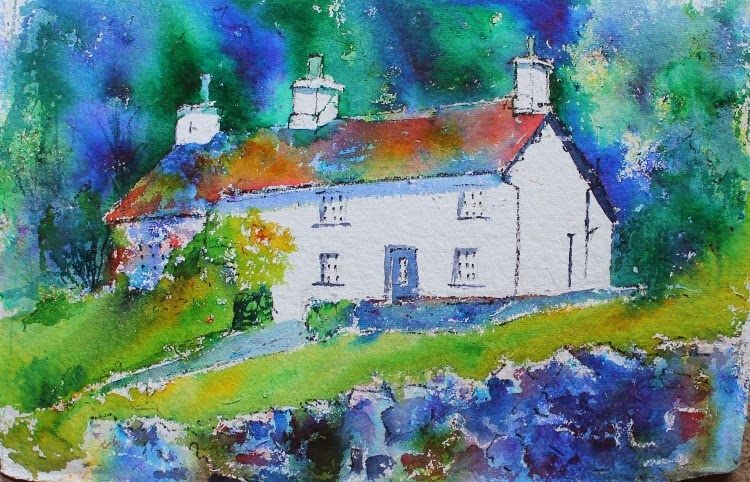 I didn't get chance to finish either of my paintings during the session but am pleased to say they were looking ok and when I get chance I will go back and complete them.

About 15 minutes before we finished, Polly who organised the session suggested we had a small showing of all the paintings.. this was such a good idea as I had no idea how much work they had all produced on the day and how really good it all was..... seeing it altogether gave such impact and I have to say there wasn't a bad piece to be seen.. as you might imagine we were all hugely delighted (some of us also relieved!!).

Here is a selection of what was on display 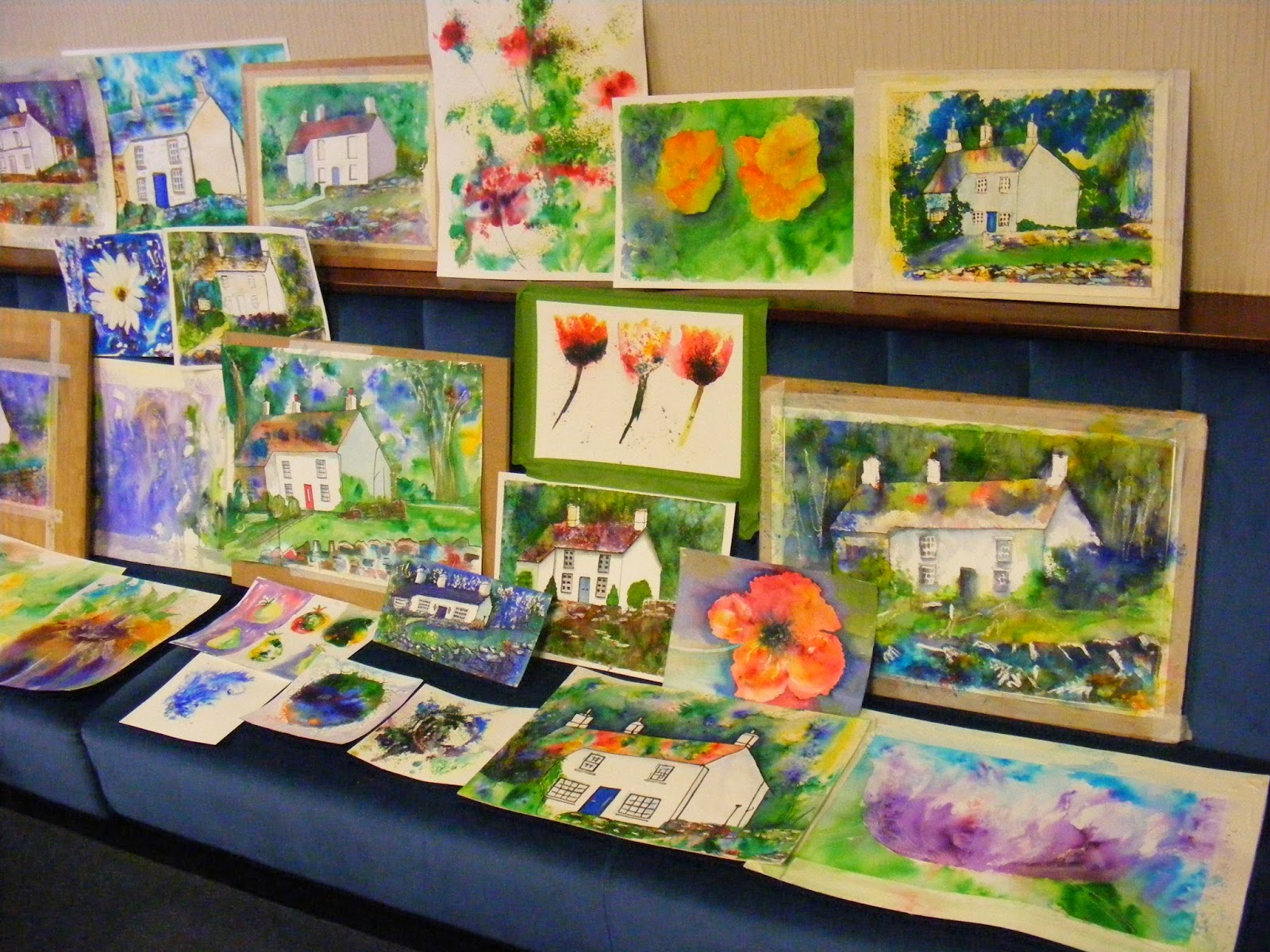 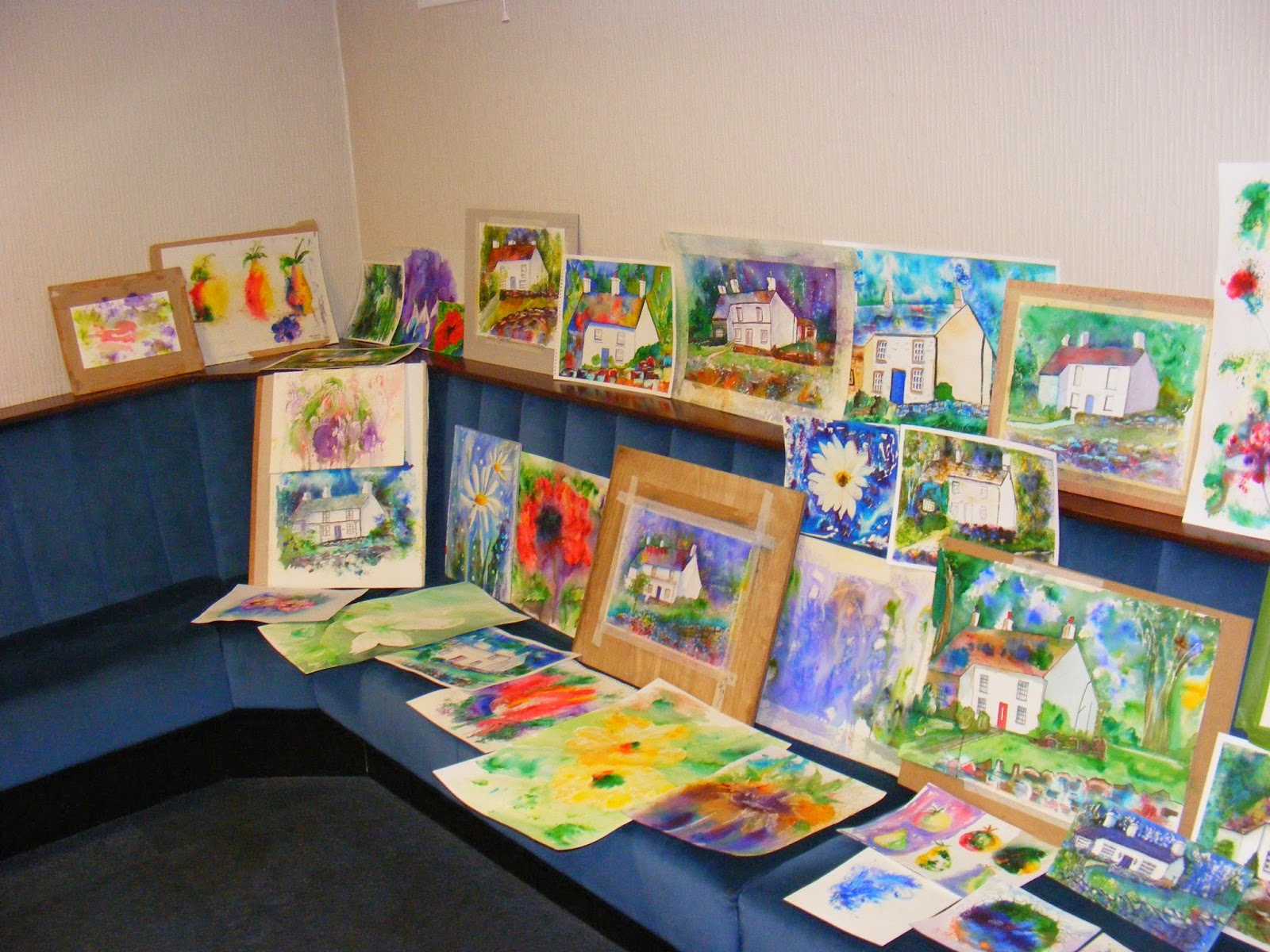 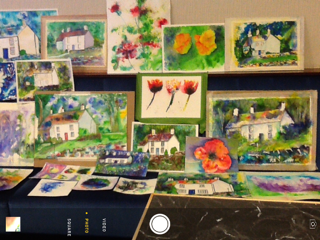 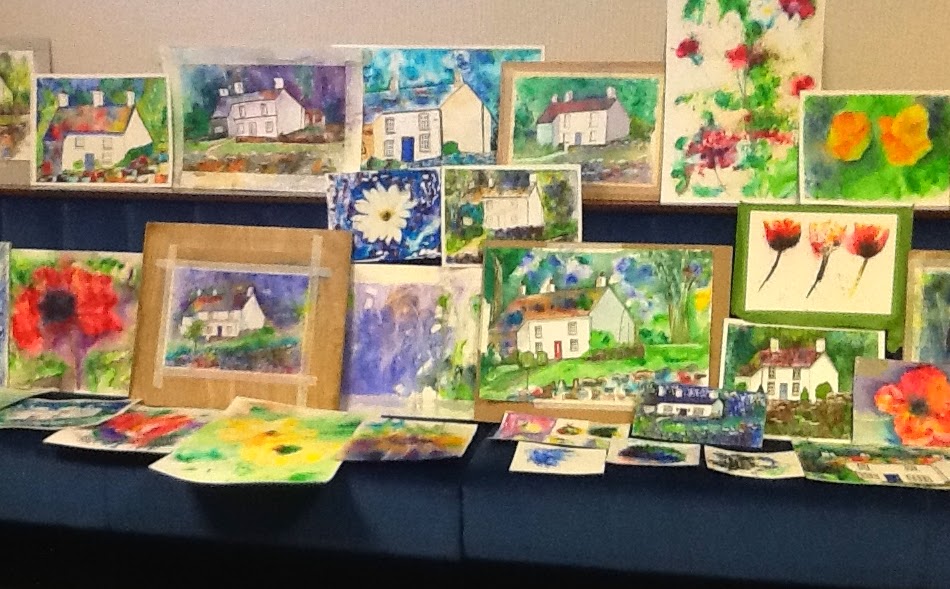 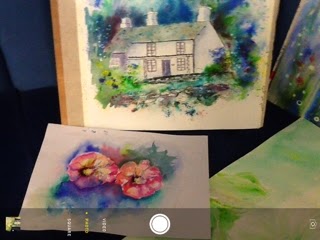 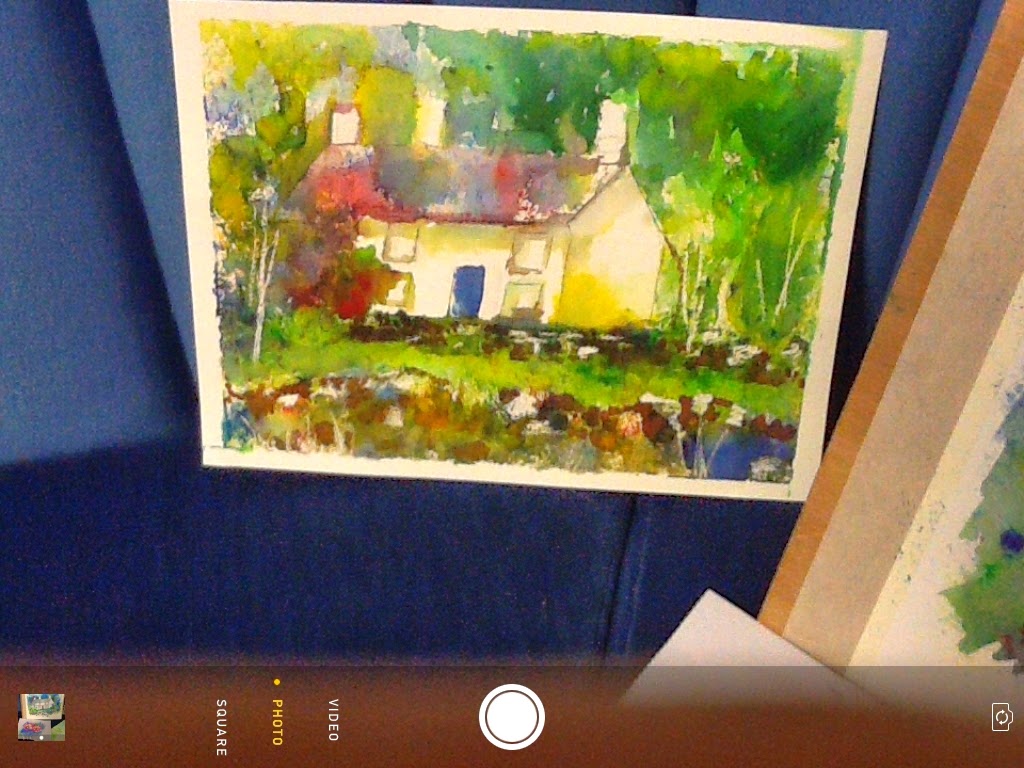 As you can see great variety and hopefully lots of tips, skills and techniques taken away for the group to use in the future if they decide to have another go and for me..... a great time and what I hope was a very successful session!!

Don't forget for anyone who wants access to the tips and secrets of Brusho, Joanne's DVD and book are available to purchase here

Posted by Judith Farnworth Art at 14:52